Two Decembers ago, DFRobot unveiled the original LattePanda SBC. The Atom-based computer could run Windows 10 and was also fully Arduino compatible thanks to its Atmega32u4 coprocessor. Now the company is ready to launch an updated version. 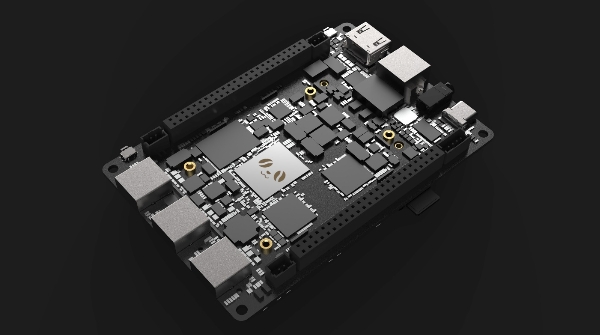 It’s called the LattePanda Delta and DFRobot will be offering four different configurations. They start with an Intel N3350 processor, 2GB of RAM and no onboard storage and max out with a Core M3 7Y30 with 8GB of DDR3 and 64GB of eMMC. All models feature a gigabit Ethernet port, Intel 802.11AC Wi-Fi and Bluetooth, 3 USB 3.0 and a Type-C  port, and HDMI output. Windows 10 comes preinstalled, but you’re free to install your favorite x86 or x64 Linux distro.

The Atmega32u4 coprocessor is still there, too, for those who want to use the Delta with Arduino-based projects. The board’s 80 GPIO connectors are ready to interface with “nearly any Internet of Things creation” you can throw at it, according to DFRobot.

DFRobot will be pitching the Delta SBC on Kickstarter, just like they did with the original LattePanda — a logical move, given that they attracted more than 4,000 backers and secured roughly $600,000 in funding the first time around. The project page will go live on December 6th for those of you who want to make a pledge and secure a Delta or two once they’re ready to ship.

And while it’s more powerful, the Delta will also be a lot more pricey. In the launch announcement it’s priced at $200 — I’ve reached out to DFRobot for clarification as to what model that applies to and whether that’s a post-Kickstarter SRP or the discounted rate for early bird supporters. I’ll update this post with the company’s response.