But when details about Google’s Pixel 2 lineup started to leak earlier this year, we heard about a third phone. It was an HTC-built device with a large screen and the code name “muskie.”

Google eventually ditched that phone, but HTC never did. The Verge reports that the HTC U11+ that launched today is basically a non-Pixel version of “muskie.” 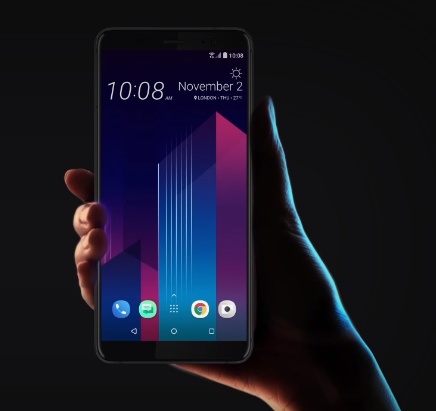 Like the LG phone that eventually became the Pixel 2 XL, the HTC U11+ has a 6 inch, 2880 x 1440 pixel display, a fingerprint sensor on the back of the phone, and pressure-sensitive sides that you can squeeze to launch Google Assistant.

There are some key differences between the phones. The Pixel 2 has an OLED display (which suffers from a bunch of problems), while the HTC phone has an LCD screen. I suspect if muskie had been released as a Google phone it would have had an OLED screen though, since that would have made the phone a better fit for use with a Daydream headset.

The Pixel 2 XL we actually got is a very nice phone, if you can look past the imperfect display. But it’s always interesting to see what might have been.

Of course, in order to see it in person, you may have to travel outside of the US: HTC currently has no plans to sell the HTC U11+ in North America.