When location services are enabled on an Android smartphone you can use your device for turn-by-turn navigation, track your location history, get local news and weather specific to your location, and more.

But if you don’t like the idea of Google knowing where you are all the time, you can disable location services from the phone’s settings.

Unfortunately, it turns out that for most of 2017 disabling location services didn’t prevent your phone from sending some location data to Google’s servers. Quartz reports that some of that data was shared with Google even when users thought they had opted out. But Google is promising to change that behavior in the future. 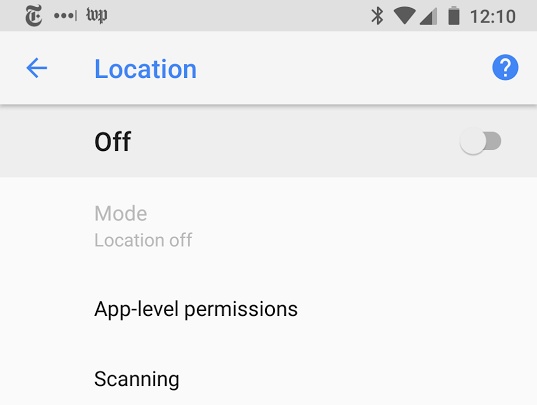 Here’s what was going on: phones with location services disabled were still detecting the location of nearby cell towers and then sending that information to Google. This happened even on phones with no SIM card inserted. The only requirement was an internet connection so the phone could share the data with Google.

The company says it was using the data about cell tower locations to help “improve the speed and performance of message delivery” related to push notifications. But that data was never saved.

In fact, Google says that this data was always considered to be separate from location services, and opting out of one wasn’t meant to opt you out of the other… but in response to the Quartz report, Google is apparently changing course to stop collecting cell tower data.

One thing to keep in mind is that cell tower data is much less precise than other signals used by location services. Data from cell tower addresses probably wouldn’t tell Google if you’re at a specific restaurant, church, or club. But it would certainly be good enough to let an interested party know if you were going out of town.

The data that was sent to Google was said to be encrypted, but it’s possible that it could have been intercepted on a phone that had been compromised with spyware (although if you’ve got a phone with malware on it, location tracking may be just one of our problems).