Google is rolling out its monthly security update for Nexus and Pixel devices, but if you happen to own a Pixel 2 XL there are some bonus features in the update, including the ability to change the color profile of the phone’s AMOLED display.

When the phone launched, you had two options: the standard view and “vivid” colors which were supposed to boost color saturation by about 10 percent. Now there are options for “natural,” “boosted,” and “saturated.” 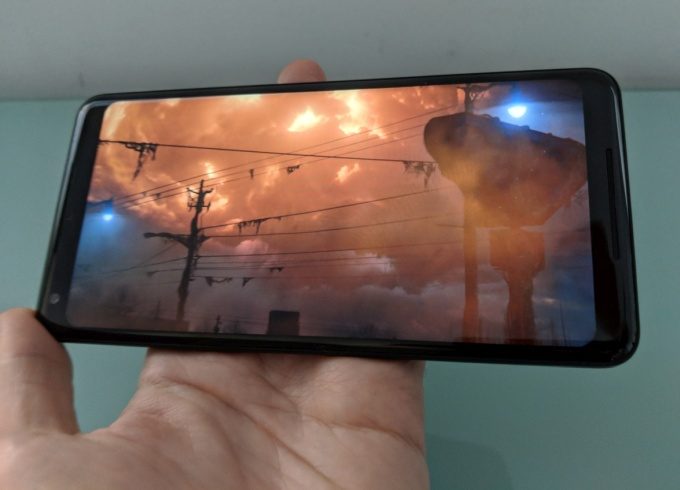 One of the complaints some people have voiced regarding the Pixel 2 XL’s display is that colors look dull and muted when compared with other smartphones with AMOLED displays.

Google has said that this is intentional: out of the box the phone has a color profile set to sRGB for more natural color reproduction. Among other things, this means that when you preview a photo or video on the phone’s display, you’ll have a pretty good idea of what it will actually look like.

I’ve already sent back my Pixel 2 XL review unit, so I haven’t had a chance to check out the new color options, but according to Android Central you definitely get more color saturation with that option than with “boosted” or the old “vivid” settings.

Google has also reduced the maximum screen brightness and changed the behavior of the navigation bar, so the home, back, and recents buttons fade a bit when you haven’t used the phone in a while. Both of those changes are designed to address another concern: burn-in. Some users have noticed that after just a few days of use, you can see faint traces of the navigation bar and icons when viewing full-screen apps.

The update also includes bug fixes, security updates, and a fix for an issue that caused a faint clicking noise on some Pixel 2 smartphones.