The first laptop with an AMD Ryzen mobile processor is now available for purchase, and while the HP Envy x360 15z convertible notebook is a bit large for my tastes, with its 15.6 inch display, it’s still noteworthy as the first commercially available computer with an AMD Ryzen 5 2500U quad-core processor.

So I was happy to see that at least two websites, NotebookCheck and HotHardware, have taken a series of benchmarks for a spin on the new notebook. 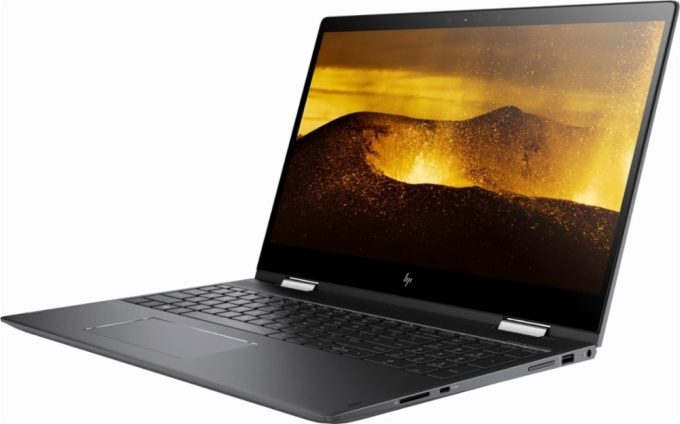 That’s good news for consumers, since notebooks with AMD chips tend to be priced a bit lower than those with Intel processors. Of course, that could change as the performance gap lessens and AMD feels it can charge higher prices. But for now you get almost as much bang for a few less bucks.

Oh, and everything I said above? That’s about CPU performance. When it comes to graphics, the Ryzen 5 2500U has integrated AMD Radeon RX Vega 8 graphics which seems to be significantly more powerful than the Intel UHD 620 graphics you get with recent Intel chips for laptops.

In fact, the HP Envy x360 15.6 inch laptop with Ryzen/Vega performs about as well as a machine with an Intel Core i7-7500U chip and NVIDIA GeForce 940MX graphics in 3DMark11. Sure, that means AMD’s latest chip is competitive with a computer featuring a CPU and GPU from 2016… but AMD manages to do it in a single chip rather than two.

Meanwhile, power consumption seems to be pretty similar to a laptop with Intel + NVIDIA chips.

One more thing to keep in mind? The AMD Ryzen 5 2500U processor may be the first Ryzen Mobile chip you can get your hands on. But it won’t be the most powerful. A Ryzen 7 2700U chip is also on the way.