Crowdfunding campaigns are usually a way for small startups to raise money to take a product from prototype to something that’s actually ready to ship. But the campaigns also provide a way to generate buzz and gauge how much interest there actually is in a device, which can be especially handy if you’re developing a gadget that’s not quite like anything on the market.

Sony and ZTE have used crowdfunding campaigns for that purpose. Now Bose is following suit.

The company has launched an Indiegogo campaign for its new “noise-masking sleepbuds,” and so far more than 2,800 people have pledged money toward the campaign, raising more than $400,000. 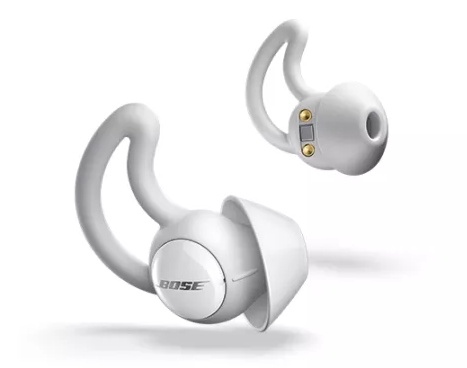 Bose says it’s “offering a limited number of units of our latest innovation at an exclusive price through Indiegogo,” as a way to get feedback about what works and what doesn’t work before releasing the product more widely. In other words, this is sort of a beta product, but it’s likely that Sleepbuds purchased through Indiegogo can get better over time through software upgrades. It’s unclear if Bose is considering making any hardware changes before selling the Sleepbuds through retail channels.

Last time I checked, it wasn’t possible to actually reserve a set of Sleepbuds, through the campaign anymore, but it’s possible that the company could open up additional pledge levels. The $150, $160, $175, and $185 tiers are already “sold out.” The full retail price is expected to be $250.

Bose has a reputation for making some of the best noise-canceling on-ear headphones available. But the sleepbuds are something a little different. Instead of blocking ambient noise while you’re listening to music, these earbuds are designed to be comfortable to use while you sleep.

And instead of using active noise cancellation to make music sound better, they use noise-isolating tips to help block outside sounds, and play “soothing sounds” to help mask any noise that makes it past the tips.

Those sounds are pre-loaded on flash memory in the earbuds. These aren’t designed to be used for listening to music, podcasts, or audiobooks.

Basically they’re truly wireless earbuds that are designed to be worn all night long… and optionally to let you set an alarm to wake you in the morning without disturbing anyone else who may be in bed with you.

You can control volume, duration, alarms, and other features using a smartphone app, and the earbuds come with three sets of tips in different sizes to help you find the right fit for your ear. The Bose Sleepbuds also come with a charging case, a wall charger, and a travel pouch.