Rumor has it that LG and Samsung are both working on foldable smartphones with flexible OLED displays that allow you to use a single device either as a phone or a tablet. ZTE beat them both to market by taking a big shortcut: the ZTE Axon M that ships this week doesn’t have a flexible screen that folds in half. It has two screens and a hinge that lets the phone that lets you use both screens at once.

Phone Arena has an early unboxing of the phone, and reports that ZTE is already talking about a follow-up with better specs. And DigiTimes reports that other phone makers including Huawei and Oppo are developing their own folding phones.

While DigiTimes isn’t always the most reliable source, I wouldn’t be surprised to see additional companies throw their hat in the ring now that ZTE has kicked things off. But that got me wondering, is there actually a market for folding phones? 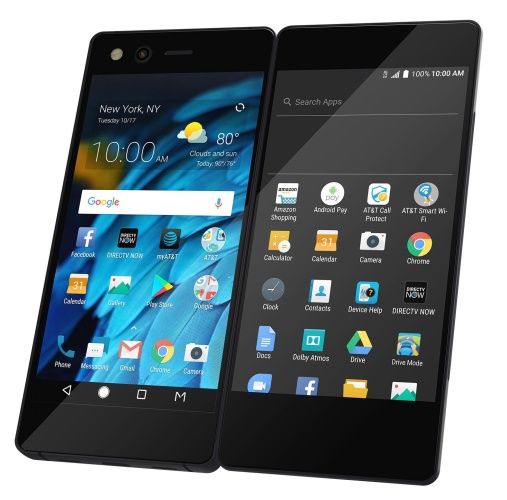 I mean, they have some obvious appeal: it’s a phone! That you can use like a tablet! One device to carry around instead of two!

But tablet sales have actually been slumping for the past few years, and that’s at least in part to the fact that phone makers found a different way to give you screen real estate: just make smartphone screens bigger. Now that phone makers are also reducing bezel sizes, it’s also possible to cram a 6 inch screen into a phone that’s about the size of an older 5.2 or 5.5 inch model.

Sure, a folding phone might be able to give you a choice between using a 5 inch or a 7 inch display. But is that really a big enough difference to justify all the down sides? The ZTE Axon M is pretty thick for a modern phone, has more moving parts that can break than most phones, and two screens will likely run down a battery a lot more quickly than one. Then there’s the line that you’ll see between the two screens, which makes the Axon M more useful as a device for seeing two apps in side-by-side windows than as one that you can use to watch videos or play games that span both screens (although both modes are available).

It’s possible that Samsung and LG will resolve some of those issues with their upcoming phones, because a single flexible OLED display won’t have a line that runs don the middle, and since pixels on an OLED display can be turned off individually, it should only consume extra power when you’re actually using the full screen.

But I imagine those phones will be expensive, potentially damage-prone, tough to put in a case, and generally not all that much more useful than a phone with a single large screen.

Or maybe I’m just suffering from a lack of vision. Maybe in a few years all smartphones will be devices that are truly worthy of the name “phablet.” But right now it seems like a lot of companies are developing products with no proof that there’s actually much of a market for them.

18 replies on “Do you actually want a folding smartphone?”