Samsung may be planning to launch a phone with a flexible OLED screen that folds in half next year. But ZTE took a quicker, easier, and hackier approach toward building a handheld device that you could use as a phone or tablet: the ZTE Axon M has two screens and a hinge that lets you fold the device in half.

As expected, ZTE is officially unveiling the device today. It’s expected to be available later this fall for about $725 (or 30 monthly payments of $24.17). 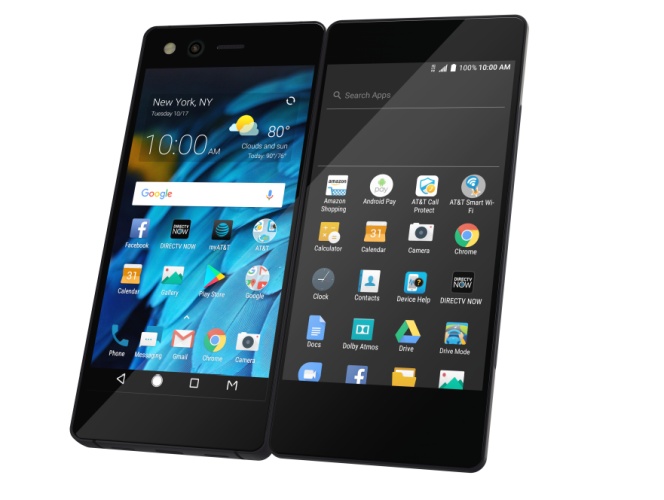 Since there are two screens, you can either have content span across both displays or take advantage of Android’s multi-window capabilities and view different apps on each screen.

The phone will ship with Android 7.1.2 Nougat, but it also includes some custom features to make use of the extra display. For example, there’s support for running two instances of the same app, which could make it easier to do things like copy and paste between email messages or browser tabs. You can also use the entire bottom screen as a keyboard while using the top screen to view content. 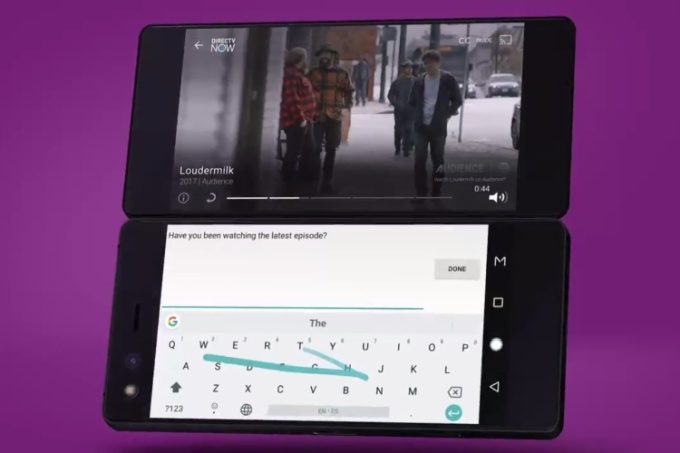 The phone has 4GB of RAM and 64GB of eMMC 5.1 storage, which may not be best-in-class, but which should be good enough for some relatively heavy multitasking. There’s also a microSD card slot for removable storage.

One odd choice is the processor: the ZTE Axon M will ship with a Qualcomm Snapdragon 821 processor. That may be one of last year’s best mobile chips, but it’s a bit strange to see a fancy phone shipping in 2017 without a Snapdragon 835 (although the 821 will still probably offer better performance than a mid-range Snapdragon 600 series chip).

There’s also a fingerprint sensor built into the power button, and the phone does have a 3.5mm audio jack (something that’s prominently mentioned in ZTE’s launch video). 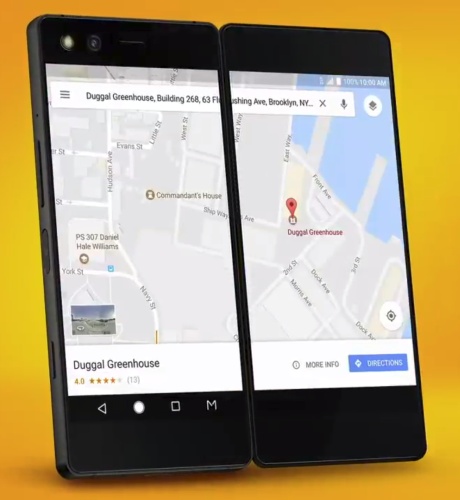 Overall the Axon M is an interesting phone… that looks a lot like an improved version of the 2011 Kyocera Echo.

Two screens could legitimately be useful for heavy multitaskers. I’m not sure I’d want to deal with the line down the middle when trying to span content across both screens. It’d be a huge distraction while watching videos or surfing the web.

But not only is a two-screen solution probably cheaper than the folding phones with flexible OLED displays we’re likely to start seeing in 2018, ZTE’s solution has another advantage: it’s almost ready to go.

The phone is expected to be available by the end of the year. Unfortunately Gizmodo reports it’ll be an AT&T exclusive in the US. In Japan it’ll be available exclusively through DoCoMo. There’s no word about the price for availability in other markets yet.

via Android Police, Phone Arena and The Verge