Right on schedule, Microsoft is starting to roll out the Windows 10 Fall Creators Update today. That means the update is probably coming soon to your Windows 10 computer, and if you buy a new PC there’s a good chance it’ll have the update pre-loaded (and if not, it’ll probably download and install it pretty soon after you start using the computer).

Among other things, the update brings some design tweaks, new Edge web browser features, design and user interface tweaks, better integration with mobile devices, and improved inking. The Fall Creators Update also includes support for the new Windows Mixed Reality platform, and the first Mixed Reality headsets are now available for purchase for $399 and up (when bundled with a set of motion controllers). 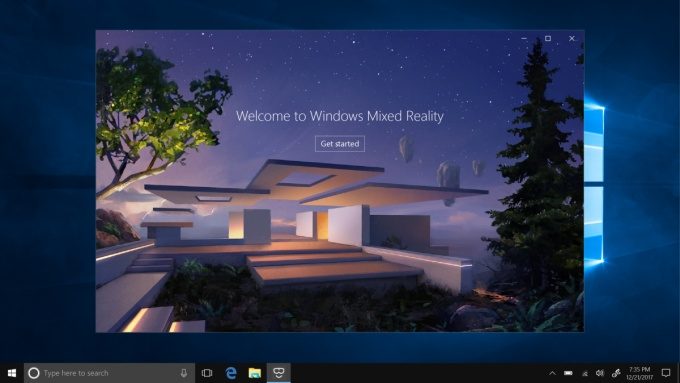 Since Microsoft has been making preview builds of the Fall Creators Update available to testers for months, there aren’t a lot of surprises in the latest update to Windows 10. But here are some of the new features:

Other new features include use of the new Fluent design language and a OneDrive Files on Demand feature that lets you view shortcuts for files that are stored in the cloud and only download them when needed in order to save space. Windows 10 Fall Creators Update also includes the new Paint 3D app, and the Mixer game streaming service that lets gamers broadcast their sessions or tune into other gamers’ streams.

There’s also a new Performance Slider that lets you quickly adjust settings to to balance battery life and performance from the power menu that pops up when you click the battery icon in the task bar.