Chips made by Intel and AMD currently dominate the PC space, while most smartphones and tablets tend to feature processors based on ARM designs. There are few other options, but one of the most intriguing are chips based on the RISC-V architecture.

Since 2010, the RISC-V project has been developing an open instruction set architecture as an open source, royalty-free alternative to x86 and ARM designs, among others. 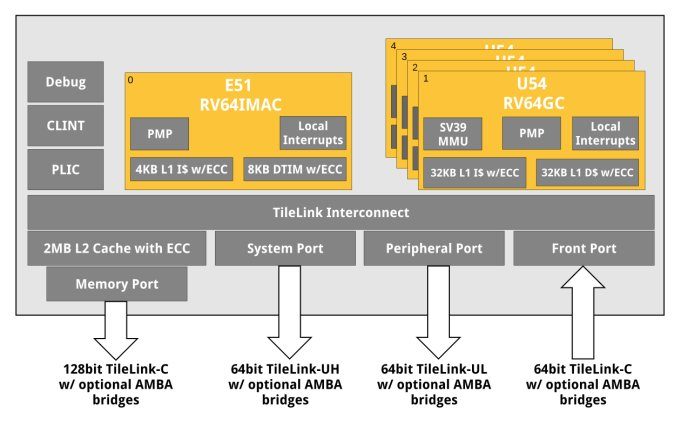 The new U54-MC CorePlex application processor is a 64-bit, quad-core CPU that SiFive says could be used for networking, gateway, or iOt devices or for systems that require artificial intelligence and/or machine learning.

In other words, the company isn’t really positioning it as a processor for smartphones or for desktop computing. But while earlier RISC-V chips had been aimed at embedded applications, the U54-MC CorePlex is a low-power 1.5 GHz quad-core processor that supports fuller-featured software and which could pave the way for more usage scenarios.

While SiFive’s new chip isn’t necessarily faster or more energy efficient than processors based on other architectures, although SiFive suggests the U54-MC CorePlex IP should be competitive with ARM’s Cortex-A35 designs. The key feature settings the new chip apart is that it’s based on RISC-V, which is a free and open architecture that allows anyone to inspect and modify the designs and which doesn’t include license fees.

via CNX-Software and Design News