So you may have heard that the Pixel 2 XL has some display issues. It’s true… kind of.

There are actually a few things going on here. The first is that Google set the default color profile on the Pixel 2 XL to sRGB. Some folks may consider that a good thing… but Google didn’t provide an easy way to change the color profile for folks who don’t. A software update might be able to fix this in the future, if Google decides that’s necessary.

The second issue is that the screen takes on a distinctly blueish tint when you view it from an angle. No software update in the world is likely to change that.

A third is that the display is said to look “grainy” in some situations. I can confirm that as well… but I had to go out of my way to do it.

Update: Google says it’s addressing (some of) the issues through software updates. The company is also extending the warranty period to 2 years for all Pixel 2 and Pixel 2 XL phones.

So the thing about the sRGB color profile is that it’s actually designed to be closer to real life. If you take a photo while using the phone’s display as a viewfinder, what you see on the screen is likely what you’ll see if you print that picture. 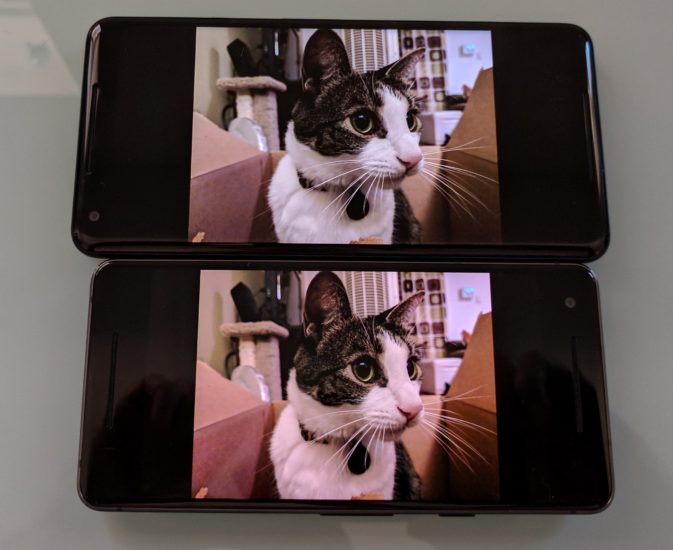 But people have gotten used to AMOLED displays offering more vibrant, saturated colors. So when you place the Pixel 2 and Pixel 2 XL next to one another, the larger phone’s display can look more dull and muted.

Honestly, this is something I probably wouldn’t have noticed if I didn’t have two phones with AMOLED displays to put next to one another… and if outrage on the internet hadn’t prompted me to take a closer look at the screens on these two phones. 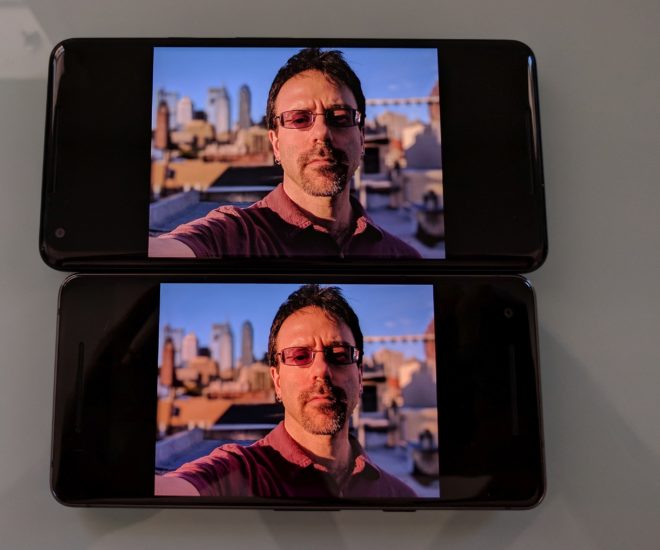 I suspect most people who don’t spend a lot of time thinking about color profiles wouldn’t be disappointing with the sRGB settings on the Pixel 2 XL unless they were comparing it to another phone… and photographers and designers may actually prefer the setting.

Google does offer a “Vivid Colors” option in the advanced display settings, which is suppose to increase color saturation by 10 percent. But things still look pretty dull compared to the brighter colors you see on the Pixel 2 screen. 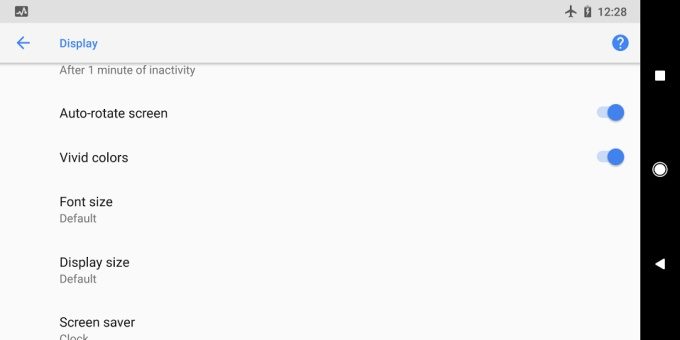 I didn’t notice this right away, but Ars Technica’s Ron Amadeo described the Pixel 2 XL as having a “dirty grain to it,” and after turning the display brightness down to 0 and loading a screen with a white background in a dark room, I could see what he was talking about. There are patches of light and dark that look a bit like, well… grains, I guess. 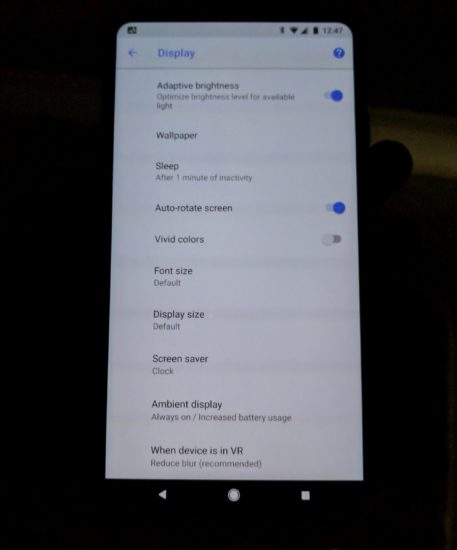 This isn’t something I tend to see when using the phone normally. But it is there, and Amadeo says it’s more noticeable when you’re scrolling than when the screen is stationary. I didn’t notice any real difference.

Things aren’t as bad as they were back in the days when cheap TN display panels were common, making pictures an videos look like photo negatives when viewed from an angle. 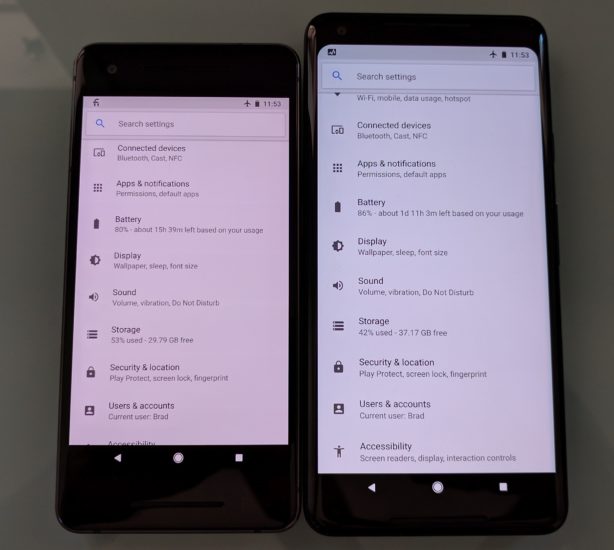 But this is one of those once you see it, you can’t unsee it things for me. Open a screen with a white of light on it, tilt the phone, and suddenly the white will start to look kind of blue.

Ironically, Google offers a “Kinda Blue” model of the 5 inch Pixel, but not the 6 inch Pixel 2 XL… but Google is only referring to the color of the phone’s back and sides.

On a cheaper phone, the viewing angles might be acceptable. But the Pixel 2 XL sells for $849 and up, putting it in the same category of top-tier phones as the latest Samsung and Apple flagships. It would have been nice if Google had opted for a better (or at least more consistent) display panel.

You can see higher-resolution versions of all the images shown above in the photo gallery below, plus a few bonus pictures.

2 replies on “About the Pixel 2 XL display…”