When the OnePlus 5 smartphone launched this summer it looked like a phone with modern flagship specs… although the $479 starting price makes it a bit pricey compared with earlier phones from OnePlus. Still, at a time when Apple, Samsung, and Google are charging $800 or more for phones, the OnePlus 5 kind of looks like a steal.

Except that it’s got a design that looks pretty dated. Oh, and it’s out of stock.

But rumor has it that a OnePlus 5T is on the way. 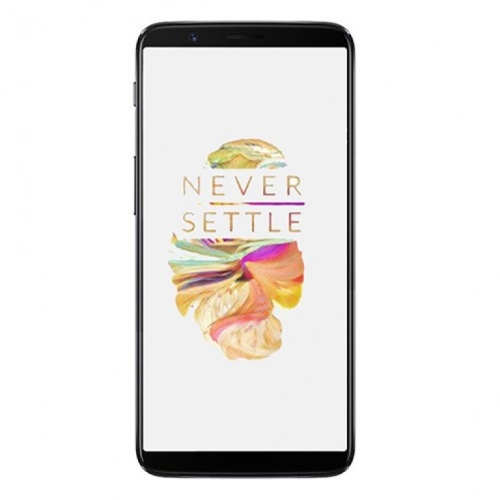 Like the original, the new model is expected to feature a Qualcomm Snapdragon 835 processor and support for up to 8GB of RAM and up to 128GB of UFS 2.1 storage.

It’d have a lower resolution screen than the Samsung Galaxy Note 8 or Google Pixel 2 XL, but that’s in keeping with the OnePlus strategy of less-is-more when it comes to display resolution.

Speaking of less, over the past few days we’ve seen a few different leaked images that allegedly show what the phone will look like. Unsurprisingly, the bezels have been slimmed down considerably.

According to details from the Antutu benchmark, it looks like the new model may also have 20MP + 20MP rear cameras, which would be an upgrade from the twin 16MP cameras on the back of the original OnePlus 5.

Finally, according to Evan Blass, OnePlus plans to launch a new phone with an 18:9 display in late November. That sure sounds like the OnePlus 5T.

Blass, who’s known as one of the most reliable purveyors of tech gadget leaks, had previously been skeptical that a OnePlus 5T was in the works, but he said a reliable source indicated that the phone is happening.

There’s no word on whether OnePlus will make any other changes, so we may have to wait a while to find out more about the battery, price, and other details.