Apples iPhone X is now shipping for $1000 and up. Or you could spend the same amount and pick up 8 Nokia 2 smartphones… and still have enough money left over to buy groceries.

The Nokia 2 doesn’t have all the frills you get with a modern flagship phone. But it does have a 5 inch 720p display, a microSD card slot, a headphone jack, and up to 2 days of battery life thanks to a 4,100 mAh battery.

HMD says the phone should be available in November for 99 Euros, or about $115. 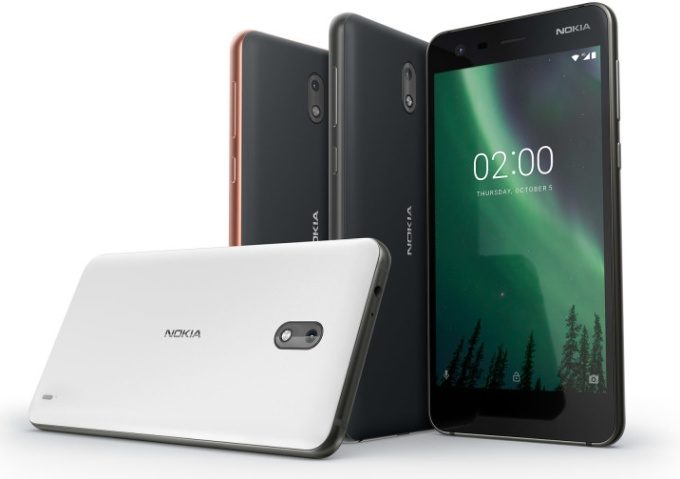 The Nokia 2 is powered by a Qualcomm Snapdragon 212 quad-core processor and features 1GB of RAM and just 8GB of built-in storage. But you can add a microSD card for up to 128GB of additional storage.

It has an 8MP rear camera with autofocus and LED flash and a 5MP fixed-focus camera on the front.

The phone has a micro USB 2.0 port, a single mono speaker, 802.11b/g/n WiFi, Bluetooth, GPS, and FM radio support, the Nokia 2 will be available in single SIM or dual SIM versions. .

It’s also rated IP52 for water resistance, which means it can survive a splash of water, but you won’t want to drop it in a pool.

The Nokia 2 features a 1280 x 720 pixel LTPS display covered with Corning Gorilla Glass, and the back of the phone is polycarbonite.

HMD will ship the phone with Android 7.1.1 Nougat, but the company plans to offer an Android Oreo update in the future.

Is the Nokia 2 a particularly good Android phone? Probably not. But it certainly looks like one of the better options in its price range, especially if long battery life is more important to you than blazing fast speed.

It’s also interesting to see just how much variance there is between entry-level and premium phones these days. You can make calls, surf the web, and play games on a Nokia 2 or a Google Pixel 2 XL. But Google’s most expensive phone sells for 7 times as much as HMD’s lowest cost smartphone (although it’s also a lot faster, offers more storage, a bigger screen, etc).