Disney’s Movies Anywhere service lets you buy a digital movie once and watch it on multiple platforms. The last time I looked at the service, that meant you could pay for a Disney movie and watch it on an Android, iOS, Windows, Amazon, or Roku device.

Now Disney is announcing a major expansion: the company has partnered with Sony, Fox, Warner Bros, and Universal… which means that there’s a good chance that when you buy a recent movie from a major US studio on your Amazon Fire TV, you’ll be able to watch it on your iPad or Android Phone, just to name a few possibilities. 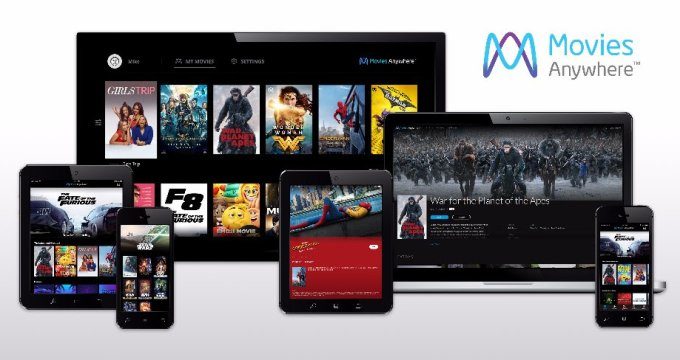 You’ll need to sign up for a Movies Anywhere account and install the app to sync your libraries… it’s not like this all happens automatically. But the accounts are free, and you can connect it to a bunch of platforms including:

While there are no Movies Anywhere apps for Xbox, Nintendo, or PlayStation game consoles, you can run Vudu or Amazon Video apps on most of those platforms, so as long as your account is linked to Movies Anywhere you should be good to go.

Movies Anywhere says the list of available titles right now includes a library of 7,300 movies. The service is also offering some free movies to new users including The LEGO Movie, Big Hero 6, Ice Age, Jason Bourne, and the 2016 version of Ghostbusters.

If this all sounds kind of familiar, it’s because Movies Anywhere isn’t the first buy once, watch anywhere platform. UltraViolet had tried to do something similar, but word on the street is that the studios that had backed that platform have largely abandoned it in favor of Disney’s Movies Anywhere service.

7 replies on “Movies Anywhere makes it easier to buy digital movies once, watch on multiple platforms”