Prices start at just $117 for the new Core i3-8100 desktop CPU. The only catch? You’ll probably need a new motherboard to use the new chips. 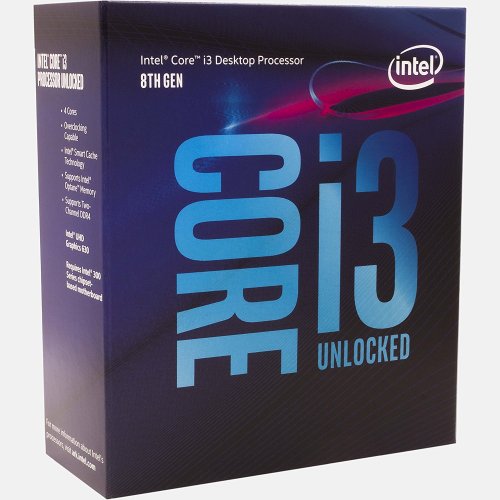 That’s because the new chips only support boards with Intel 300 series chipsets. That means you’ll need to spend a little more to upgrade an existing desktop… which makes me wonder whether it’s really worth buying a Core i3-8100 chip at this point unless you’re already planning to build a new desktop from scratch and you were going to need a mainboard anyway.

Most folks will probably get the new chips when they buy a new desktop that has them pre-installed though. Expect to see a bunch of Coffee Lake-powered desktops in the coming months.

Perhaps the most interesting thing about the new chips isn’t how they compare to earlier Intel desktop processors… but how they compare to AMD’s Ryzen processors in terms of price, performance, and CPU count. In the past if you’ve wanted more than 4-cores in a desktop chip, Intel has charged a premium price for its high-end processors. The company’s highest-price Core i9-7980XE is an 18-core chip that sells for $2000, or about twice as much as the 16-core AMD Threadripper 1950X.

But the new Core i7-8700K hexa-core chip is a $360 processor that goes head-to-head with AMD’s similarly-priced Ryzen 7 1700X octa-core processor according to early reviews.

In other words Intel is taking the challenge from AMD’s Ryzen chips seriously, which is great news for folks looking for affordable multi-core desktop chips this year.