Rumor has it that HTC’s first Android One smartphone is coming soon. The HTC U11 Life (also known by the code-name “Ocean Life”) is expected to be a mid-range phone that will ship with Android 8.0 software.

It’s expected to be available in two models: one with the HTC Sense user interface, and an Android One edition that runs nearly stock Android software and gets regular security and OS updates.

Now @LlabTooFeR claims to have the specs for the unannounced phone. It seems like the HTC U11 Life should be pretty competitive with Motorola’s Moto X4 Android One phone, which is expected to hit the streets this month. 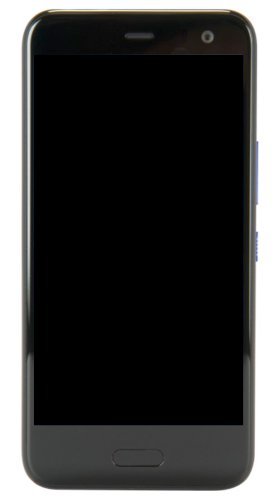 HTC’s phone should be available in two memory and storage configurations:

Both models feature 16MP front and rear cameras and a 2,600 mAh battery. The phone is said to feature IP67 water resistance.

Motorola’s phone, by comparison, has a 3,000 mAh battery and IP68 water resistance.

According to LlabTooFeR, the U11 Life will feature HTC’s Edge Sense and USonic features. That means you’ll be able to control some of the phone’s functions by squeezing the pressure-sensitive sides of the device. And you’ll be able to use HTC’s USonic noise canceling earbuds with the phone.

The USonic earbuds plug into the USB Type-C port of HTC’s recent phones. They use that port not only for data, but also for power… and use the phone’s built-in microphones to assist with noise cancellation.

It’s likely that the inclusion of USonic earbuds means the HTC U11 Life lacks a dedicated 3.5mm headphone jack, which shouldn’t be surprising since HTC omitted that audio port when it launched the premium HTC U11 smartphone earlier this year.

There’s no word on the price or release date for the HTC U11 Life, but it’ll join a growing list of Android One phones with decent mid-range hardware.

In addition to the $400 Moto X4, which will be the first Android One device to be available in the United States, Google recently unveiled the $235 Xiaomi Mi A1 smartphone with Android One software. That 5.5 inch, 1080p phone with a Snapdragon 625 processor, 4GB of memory and 64GB of storage. But that model’s not available in the US.

12 replies on “HTC’s Android One specs leaked, revealing mid-range hardware plus some perks”