But the most interesting thing about the Honor WaterPlay Tab is hinted at in the tablet’s name: it’s waterproof. 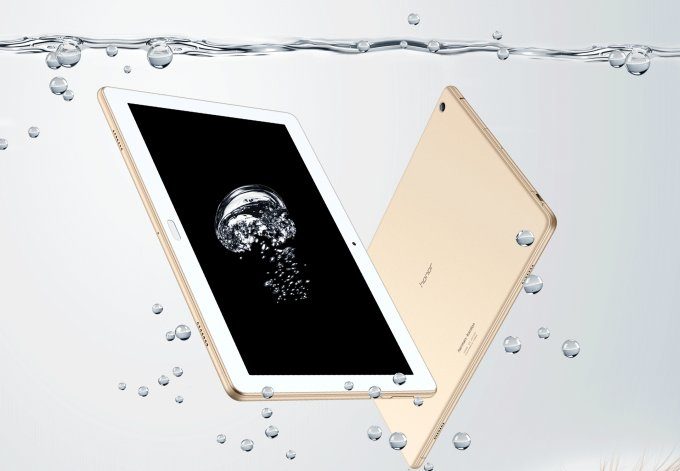 While that’s a feature that’s becoming increasingly common in smartphones (and occasionally eReaders), there aren’t a lot of Android tablets I’m aware of to feature waterproof designs.

The tablet is up for pre-order in China from VMall, and it should be available starting October 24th.

There’s no word on international pricing or availability.

Huawei unveiled the Honor WaterPlay tablet at the same event where the company introduced the Honor 7X smartphone today.