The Nokia smartphone lineup is getting a new mid-range model.

The Nokia 7 is a 5.2 inch phone with a full HD display, a Qualcomm Snapdragon 630 processor, and a starting price of about $377… or rather, CNY 2,499 in China, because that’s the only market where the phone will be available at launch. 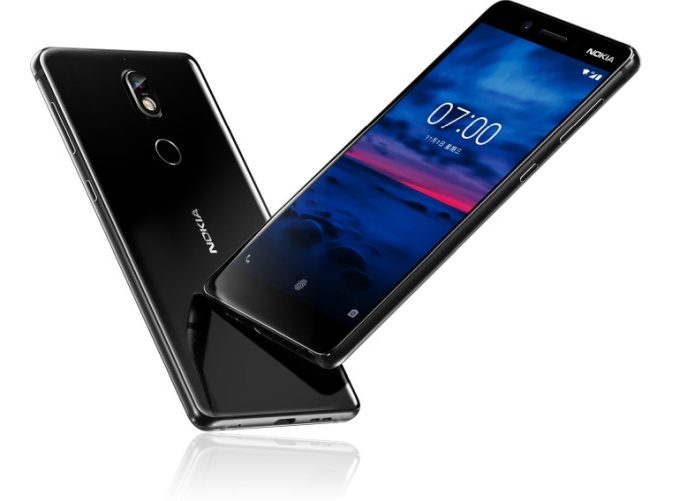 As the name suggests, the Nokia 7 is falls somewhere between the more modest Nokia 6 and the premium Nokia 8 in terms of specs. It has a faster processor, more memory and storage, and other features that make it a more powerful phone than the Nokia 6… but the Nokia 8 is still a more premium device thanks to its 1440p display, Snapdragon 835 processor, and other high-end features.

That said, the Nokia 7 does seem pretty impressive for a mid-range device.

The Nokia 6 has a USB Type-C port and a headphone jack, and the phone has a glass back and a splashproof body (with an IP54 rating). The phone supports fast charging with an 18W charger, but there’s no support for wireless charging.

The Nokia 6 ships with Android 7.1 Nougat, but HMD says an Android Oreo update is on the way.

HMD says the phone will be available in China starting October 24th. The company hasn’t announced pricing or availability for other regions yet, but since taking over the Nokia brand, HMD Global has lived up to its name by releasing most of its new Nokia phones in a variety of markets around the globe. I suspect it’s just a matter of time before the Nokia 7 shows up in the US and Europe.