Amazon currently dominates the smart speaker space it helped create, although Google is trying to catch up and Apple wants in. But so does Microsoft… and it looks like you may finally be able to buy a speaker with Microsoft’s Cortana voice assistant soon.

The company first announced it was working with third-party hardware makers in December, 2016 but no hardware has hit the streets yet.

Now it looks like the Harman Kardon Invoke speaker with Cortana, first unveiled in May, is coming this month. 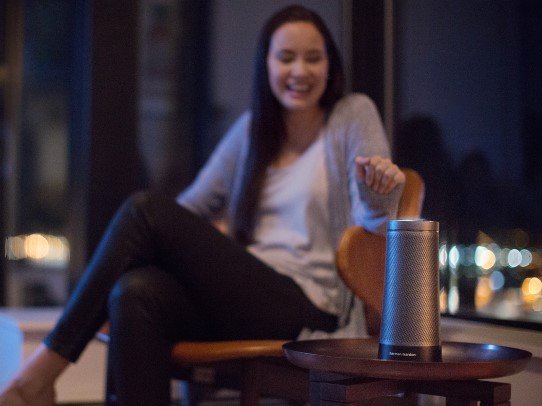 A page for the Invoke showed up at the Microsoft Store recently, where it was spotted by WalkingCat.

As expected, the speaker features 360 degree audio and a design that’s reminiscent of Amazon’s first-generation Echo. You’ll be able to use your voice to control music playback and volume and Cortana can answer questions, provide weather and news updates, set reminders, and manage your appointments, among other things.

The Invoke is also said to support Skype, allowing you to make free Skype-to-Skype phone calls by voice or make calls to cellphones or land lines at Skype’s ordinary rates.