Laptops have gotten thinner and lighter over the past few years, and there’s no shortage of powerful PCs that weigh less than 3 pounds. But every now and then somebody goes and makes a laptop that weighs less than 2 pounds… which is what Fujitsu’s done with its latest UH series laptops for the Japanese market.

In fact, one model is just 1.6 pounds, although Fujitsu skimped on the battery to make the machine that light. But even Fujitsu LifeBook UH series notebooks with twice the battery capacity top out at 899 grams, or just under 2 pounds.

Oh, and they’ve all got quad-core 8th-gen Intel Core processors, which means the new models should be up to 40 percent faster than laptops with previous-gen Core i5 and Core i7 chips. 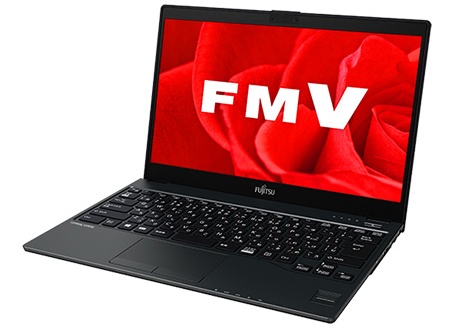 Fujitsu is offering models with Core i5-8250U and Core i7-8550U processor options, each of which is a 4-core, 8-thread processor with Intel UHD Graphics 620.

It’s unlikely that we’ll see these particular laptops in the US anytime soon, but it’s nice to see that it’s possible to manufacture a 2 pound laptop with this kind of power in 2017.