As expected, the Harman Kardon Invoke speaker goes on sale this Sunday for $200.

While there’s no shortage of smart speakers on the market, this is one is kind of special, because it’s the first to use Microsoft’s Cortana voice assistant. 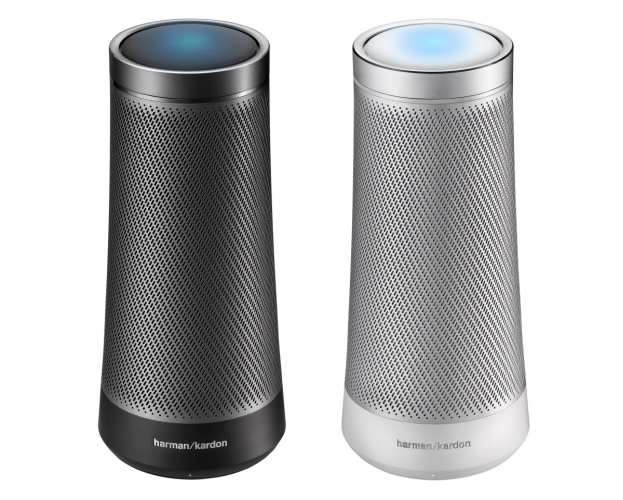 It’ll go up against Amazon’s $99 Echo speaker and Google’s $129 Google Home. But Harman Kardon has a reputation for making premium speakers, so it might make more sense to compare the Invoke with Apple’s upcoming HomePod, which will be priced at $349. By that standard, the $200 asking price for the Invoke doesn’t seem so high.

That said, Harman Kardon’s speaker looks an awful lot like an Echo thanks to its cylindrical design.

The speaker has a 7-mic array with far-field voice detection support, a light circle on top that shows when the device is listening, and it uses Cortana to let you get answers to questions, set reminders, or control smart home products linked to your Microsoft account, among other things.

All of that is pretty much par for the course, but reviewers at sites including The Verge, Engadget, and Slashgear seem to agree that the Invoke sounds better than any of the more affordable options.

That said, it lacks some of the features you’ll find on an Alexa or Google Assistant-powered device, such as support for multiple users or for some popular music services such as Pandora.

Still, if you’re already using Cortana on your PC and phone, it’s nice to have the option of using it on a smart speaker as well… and since the voice assistant is software-based, it can get better over time. What’s good to know is that it sounds like Harman Kardon has done a good job with the hardware.

I suppose that also means that if Microsoft gives up on Cortana in the future, you can continue to use the Invoke as a Bluetooth speaker. It’ll still play music with or without functioning Cortana software.