Earlier this year a company called Azulle launched a tiny desktop computer called the Byte3. It’s a Windows computer with an Intel Celeron N3450 processor, 4GB of RAM and 32GB of eMMC storage stuffed into a small box that sells for under $200.

The Azulle Inspire is a 4.9″ x 4.9″ x 1.9″ computer that’s available with Core i3, Core i5, and Core i7 Kaby Lake processor options. Prices for a barebones model start at $270, making the Azulle Inspire a little cheaper than Intel’s latest NUC systems. 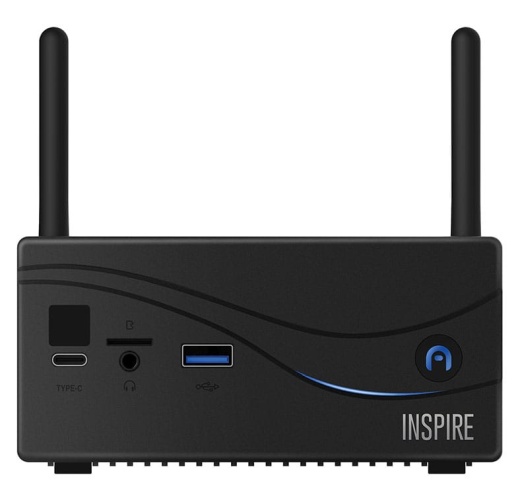 Each model features Intel HD 620 graphics and supports up to 32GB of RAM. The computers have M.2 slots for solid state storage, as well as room for a 2.5 inch hard drive or SSD and an SD card slot for up to 256GB of removable storage.

You’ll need to supply your own memory, storage, and OS, but the CPU is included. Here are the prices for the models with 7th-gen Intel Core chips:

Azulle also plans to offer a version with a Celeron J4205 Apollo Lake processor, but that models doesn’t appear to be up for order yet. That cheaper, lower-power version supports up to 8GB Of RAM and features Intel HD 505 graphics.