The Windows 10 Fall Creators Update launches on October 17th, and one of the biggest new features is support for Microsoft’s new “Mixed Reality” platform. But in order to use Windows Mixed Reality, you’ll either need an augmented reality headset like the $3,000 HoloLens or something more affordable… like a VR headset.

Already have an Oculus Rift or HTC Vive? Then you should be good to go. But Microsoft has also been partnering with PC makers including Acer, Asus, Dell, HP, and Lenovo to offer headsets priced between $300 and $400 (plus an extra $100 when you add motion controllers). 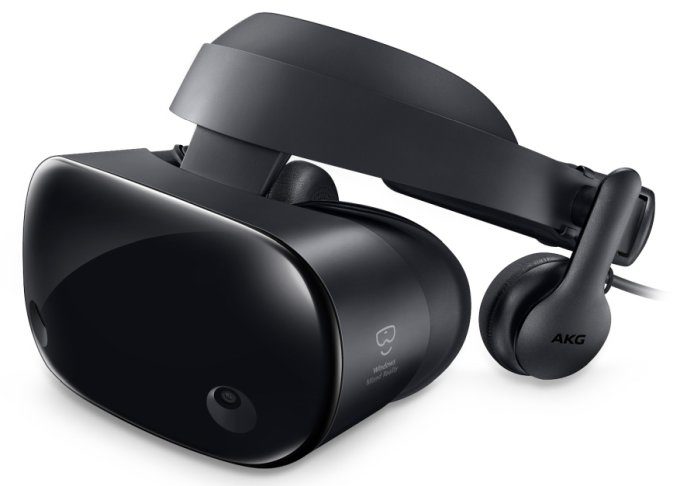 Like every other headset designed for Windows Mixed Reality, the Samsung Odyssey features screen refresh rates up to 90 Hz, and inside out position tracking as well as support for Microsoft’s standard motion controllers.

But this $499 headset is one of the most expensive models to date, and that’s likely due to the display.

The 110 degree field of view is also slightly better than the 105 degree FOV promised by Dell, Acer, Lenovo, and HP.

Samsung’s headset also comes with headphones and features dual-array microphones. The headset weighs about 1.3 pounds and features a flip-up design that lets you lift the headset to view the real world without removing it altogether.

The Samsung Odyssey headset goes up for pre-order today for $499 and it should ship on November 6th.

Update: The Odyssey is up for pre-order from the Microsoft Store.