Microsoft has announced that the next major update to Windows 10 will be available to the public starting October 17th.

The Windows 10 Fall Creators Update brings updates to the Photos and Videos apps, the Windows Ink experience for devices with pen input, gaming, and accessibility features, among other things.

But one of the more exciting new features (that some people will probably never use anyway) is support for Windows Mixed Reality. 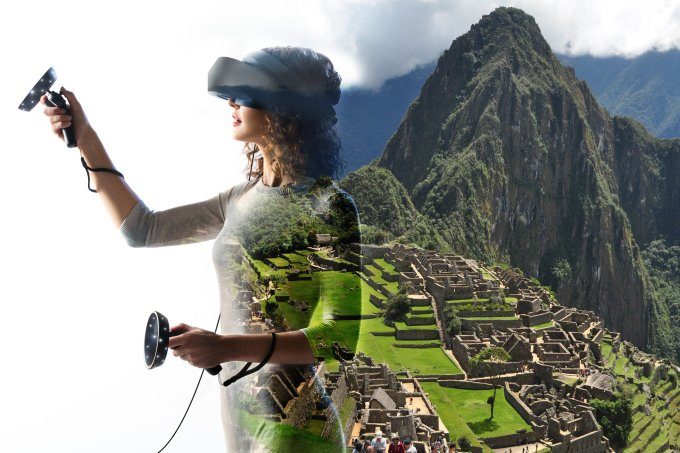 That’s Microsoft’s native virtual reality and augmented reality experience that will let you connect a headset, pick up a set of motion controllers, and interact with Windows apps and games in a virtual environment.

Windows Mixed Reality is built into the Fall Creators Update, and Microsoft says Mixed Reality headsets from companies including Acer, Asus, Dell, HP, and Lenovo will be available when the OS launches on October 17th.

Of course, the first headsets actually went on sale last month, but the Acer and HP Mixed Reality headsets were branded as developer edition devices at the time.

Prices for the headsets start at about $299, but you’ll have to spend an extra $100 if you want the motion controllers.

While Microsoft is calling the new experience “mixed reality,” the only real “mixed” headset is still the $3000 HoloLens. All of the new so-called mixed reality headsets are really virtual reality devices with cheaper hardware, fewer sensors, and a screen that covers your field of view rather than overlaying virtual items on real-world environments. But the price trade-off is pretty nice, and the new headsets could be well positioned to help standardize the VR experience for users, since each device that meets Microsoft’s guidelines has basically the same specs (including two 1440 x 1440 displays and inside-out position tracking).

When the Fall Creators Update launches on October 17th, it’ll be available as a free update for existing Windows 10 users. The OS will also likely replace the current builds that are available when you buy a boxed copy of Windows 10 or a computer that comes with the operating system pre-installed.

Or if you’re a member of the Windows Insider Preview program, you’ve probably already got the Fall Creators Update.