Google Glass may have shifted from an experimental project aimed at the general public to an enterprise-class product for use in healthcare, industrial, and business environments. But that hasn’t stopped other companies from exploring the possibilities of wearable computing gadgets known as “smart glasses.”

According to the Financial Times, Amazon has set its sights on the smart glass space. 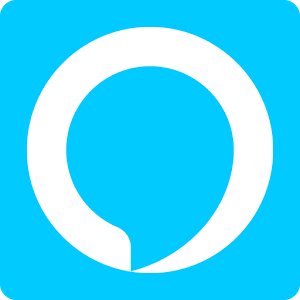 The FT reports Amazon is developing a set of smart glasses hat would pair with your smartphone for internet connectivity, among other things. But the glasses themselves would feature a microphone that allows you to speak to Amazon’s Alexa voice assistant, and a bone conduction audio system that would let you hear Alexa’s responses without wearing headphones.

I’ve been kind of underwhelmed with bone conduction audio in the past, which generally sounds kind of quiet and muffled. But the idea here isn’t to use it for listening to music, but just to hear Alexa answer your questions, so maybe quiet and muffled is good enough. Or maybe Amazon’s done a better job with the technology than makers of other bone conduction gadgets I’ve tried.

Amazon’s smart glass is said to be designed to look like a pair of glasses… but unlike Google Glass it probably won’t have a screen, which will make audio the only form of feedback. Unlike Google Glass, the Amazon headgear is also expected to lack a camera, which would remove some of the privacy concerns associated with Google’s wearable device (now you just have to wonder if someone is recording your voice all the time, not your image).

Anyway, not everything Amazon’s hardware division works on makes it to market, so there’s a chance these smart glasses won’t ever see the light of day even if FT’s sources are correct and the company is developing a new wearable.

But it’s also not hard to imagine that Amazon is looking for new ways to help users interact with its Alexa voice assistant, particularly when they’re out of the home. Alexa made its debut on the company’s Echo line of speakers, which are designed for use in the house. These days you can also use Alexa on Fire tablets, Fire TV devices, and some third-party gadgets (including a couple of phones). But a smartphone accessory that lets you use Alexa wherever you go? That’d certainly be another way to lock you into Amazon’s ecosystem and keep you from using Alexa at home and Google Assistant or Siri on the go.

Other new products Amazon is said to be working on include smart home devices. The FT report says those could include a security camera.

2 replies on “Report: Amazon is working on Alexa-powered smart glasses”