About a year after introducing a new virtual reality system called Project Alloy, Intel is pulling the plug on the project. Well, kind of. Alloy headsets were supposed to be wireless, so technically there’s no plug to pull.

The idea behind the project was to create an all-in-one headset that basically put all the components of a PC into the headset itself, freeing you from the need to connect a VR headset to a computer with wires.

But according to a statement issued to Road To VR, Intel is going to “wind down its Project Alloy reference design.” 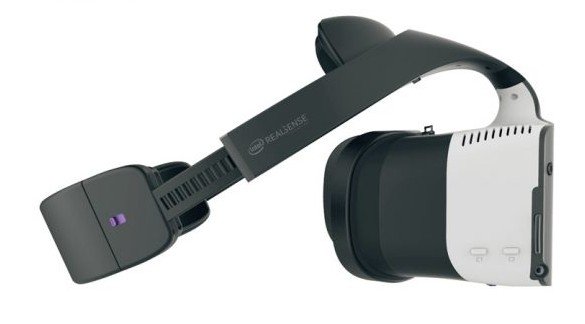 Basically, the idea was always to create a reference design that could be adopted by hardware partners interested in launching headsets based on that design but sold under the own brand names.

Apparently there wasn’t that much interest from hardware partners… which is unsurprising, since most PC makers seem to have gotten on board with Microsoft’s Windows Mixed Reality headset platform instead.

Acer, Asus, Dell, HP, and Lenovo have all unveiled Mixed Reality headsets that will sell for between $300 and $450, and they’re all designed to plug into a Windows computer and work with motion controllers designed by Microsoft.

That doesn’t mean there’s no interest in a system that doesn’t involve running wires across a room. Several gaming PC makers have introduced backpack PCs designed for use with VR headsets, allowing you to plug HDMI and USB cables into a computer you wear on your back so that there’s nothing to trip over. When you move, the wires move with you.

And of course there are the smartphone-based VR systems such as Samsung’s Gear VR and Google’s Daydream View. Both of those platforms are wire-free, and Google is working with partners on Daydream standalone headsets that have built-in displays, processors, and sensors so you don’t need to insert a headphone every time you want to experience VR.

There’s certainly something appealing about the idea of an all-in-one, PC-like headset like Project Alloy. But I can also imagine it’d be hard to make a competitive device that’s affordable, comfortable, and offers decent performance and battery life. So it’s unsurprising that Intel’s reference design failed to garner much interest from partners.

Intel does say the company is continuing to invest in technologies related to virtual reality and augmented reality including RealSense depth sensing technology and Intel WiGig high-speed wireless data technology (even though WiGig for laptops is winding down). But it seems like Project Alloy is dead.