Intel has been pushing the idea of wireless homes and offices for years. Bring your laptop into your workspace and it’ll automatically connect to your display, printer, mouse, and other hardware without the need to plug anything in. And wireless charging means you don’t even need to plug in a power cable.

But now it looks like Intel is giving up at least part of that vision. The company is discontinuing its WiGig (Wireless Gigabit) products for laptops and other mobile devices. 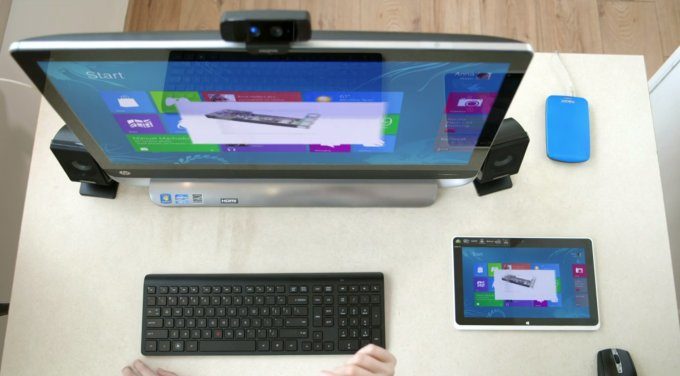 As spotted by AnandTech, Intel is phasing out its existing WiGig products and telling hardware partners to place any final orders by September 29th. The last shipments will go out by December 29th, 2017.

WiGig is a high-speed, short-range protocol that’s also known as 802.11ad. It supports low-latency data transfer rates up to 8 Gb/s which makes it suitable for wireless displays, among other things. But unlike 802.11ac WiFi, 802.11ad WiGig uses a 60 GHz band that cannot pass through walls, which is why it’s not really a replacement for existing WiFi technology.

While there are some PCs on the market that use Intel’s WiGig technology, it’s not particularly common in consumer PCs which could be one of the reasons Intel is giving up on the technology… at least for PCs.

The company is reportedly continuing to develop WiGig solutions for virtual reality headsets, which could help eliminate one of the pain points of current solutions: the long cables that need to run from a PC to a headset.