Fitbit unveiled its first smartwatch in August, and now the company has announced that the Fitbit Ionic will be available for purchase starting October 1st for $300.

It’s up for pre-order now if feel like parting with you cash a bit early. 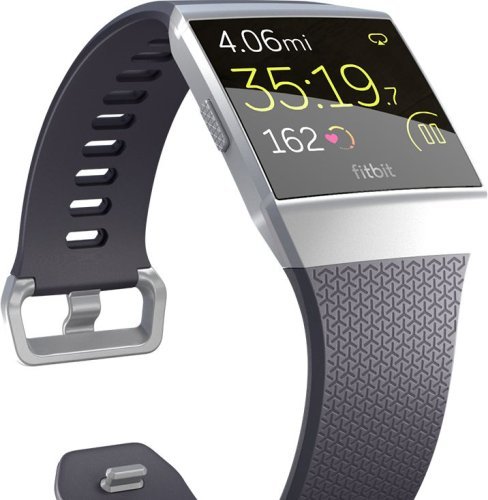 The Fitbit Ionic is a smartwatch with a 1.4 inch, 348 x 250 pixel touchscreen display, a Gorilla Glass 3 display, an aluminum frame, and a body designed to be water resistant up to 50 meters. It supports mobile payments and has a heart rate sensor and GPS, and it supports a range of fitness tracking features, as you’d expect from a Fitbit device.

But as the first full-fledged smartwatch from the company, this watch isn’t just going up against activity trackers. It’ll have to compete with the Apple Watch, Samsung’s Gear line of watches, and a bunch of devices running Google’s Android Wear software.

And it has to do all of that with a brand new operating system. Fitbit has launched a new SDK in an effort to attract developers to the platform. But Samsung, Google, and Apple have a huge head start, and it could be difficult for Fitbit to develop the ecosystem of third-party apps and watch faces available for those competing platforms.

Some big-name apps will be available on day one though, including StravA, Starbucks, Pandora, and AccuWeather. And it’s not like Fitbit doesn’t have a bit of expertise in this area: last year the company acquired (and then shut down) Pebble, one of the early players in the smartwatch space.

One thing that Fitbit’s watch has going for it that others don’t is support for up to 5 days of battery life. Many other smartwatches need to be charged at least a few times a week, if not daily.