Amazon’s current line of Fire tablets includes the $50 Fire tablet with a 7 inch screen, the $80 Fire HD 8, and the $230 Fire HD 10, as well as some Kids Edition versions of the smaller tablets.

The company recently updated its 7 and 8 inch tablets, but it’s been a few years since the 10 inch model got a major update. Amazon doesn’t really highlight the larger tablet on its website. It’s currently out of stock. And it has a list price that’s way higher than the prices for the other tablets, even though it has similar specs.

So it seems probable that Amazon is either going to update the Fire HD 10 eventually, or discontinue it. And that’s what makes the fact that a new Amazon tablet showed up at the FCC website today so interesting. 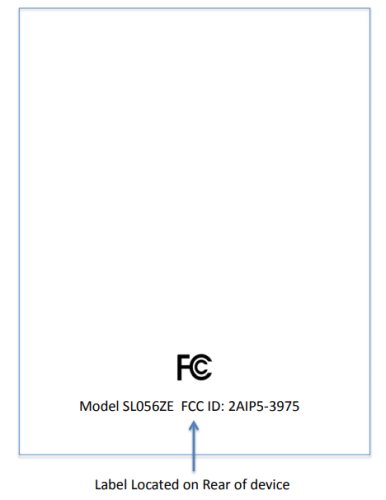 As is often the case with FCC listings for Amazon products, there’s no mention of Amazon in the documents for the “AzulFlower LLC Tablet PC.” But as spotted by AFTV News (and confirmed by yours truly), this FCC listing has the hallmarks of an unannounced Amazon product.

Unfortunately there’s not much information about the tablet’s specs. We know it supports 802.11ac WiFi and Bluetooth and that it has a microSD card slot. But there’s no mention of the screen size or resolution, the processor, memory, other details.

So why do we think this might be a replacement for the Fire HD 10? Because Amazon already made modest updates to its other tablets this year and it seems unlikely that the company plans to update the Fire tablet or Fire HD 8 again so soon.

It is possible that this could be a brand new tablet rather than an updated Fire HD 10. Maybe it’s a premium version of a tablet with a smaller screen, for example. But Amazon has pretty much phased out its high-end tablets with high-res displays and fancy specs over the past few years to focus on inexpensive devices that offer a decent user experience without breaking the bank. It seems to be a more successful strategy for the company than trying to compete with Apple’s iPads.

That said, the company does have a habit of putting out high-priced, high-quality products designed to appeal to a small, but presumably loyal, subset of its customers. Look at the Kindle lineup: I have no doubt that Amazon sells a lot more $80 Kindle and $120 Kindle Paperwhite models than it does $200 Kindle Voyage or $360 Kindle Oasis models. But it continues to offer those premium models.

So maybe there’s a chance Amazon’s next tablet won’t be a cheaper Fire HD 10. It could be a model for folks looking to upgrade from one of the company’s lower-priced models. I’ve been happy enough with the Fire HD 8 to be tempted by the thought of a model with a full HD display instead of a 1280 x 800 pixel screen. But part of the appeal of the model I’ve got is that I was able to pick one up for just $50 on Amazon Prime Day.