Apple isn’t the only company with a new media streamer on the way. Rumor has it that Amazon is preparing to launch at least two new Fire TV devices, and now AFTV News has posted pictures and additional details about the upcoming media streaming boxes.

One thing that’s a bit surprising is that Amazon isn’t just changing the hardware inside its new Fire TV products. It’s also overhauling the boxes that contain that hardware.

One model, for example, is a cube-shaped box that doesn’t just come with a voice remote control… it also has a speaker and built-in microphones, allowing the Fire TV to work like an Amazon Echo even when your TV is off. 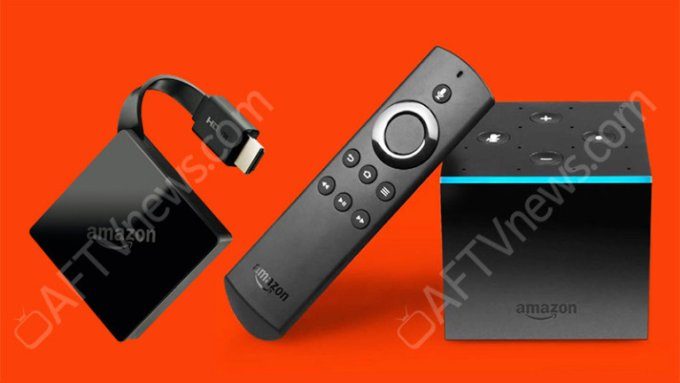 The other new device is a small box with a built-in HDMI cable. You can plug it directly into your TV and have it hang down from an HDMI port, much the same way Google’s Chromecast video products do.

It’s a smaller, less conspicuous (and less versatile) device that’s likely to be cheaper than the cube-shaped model. But both versions are expected to support 4K HDR video at up to 60 frames per second.

For that reason, it’s unlikely that the new dongle will be as cheap as the Amazon Fire TV Stick, a 1080p media streamer that comes with a voice remote control and sells for $40. So it’s likely that Amazon will sell all three devices simultaneously: an entry-level Fire TV Stick, a higher-end 4K-ready dongle, and a top-of-the-line Fire TV with Alexa functionality.

AFTV News notes that the new high-end model will also have an IR emitter, allowing it to function as a controller for your TV. So it’s easy to imagine using an always-listening Alexa voice assistant to turn on your TV, among other things.