The Yota 3 is a smartphone with a full-color AMOLED display on one side and a grayscale E Ink screen on the other. It’s the third dual-screen phone from Russian company Yota Devices (which is now owned by a Hong Kong-based group), and the Yota 3 is expected to go on sale in China soon.

Now a listing on China’s TENAA website confirms some of the things we’ve seen in recent leaks. 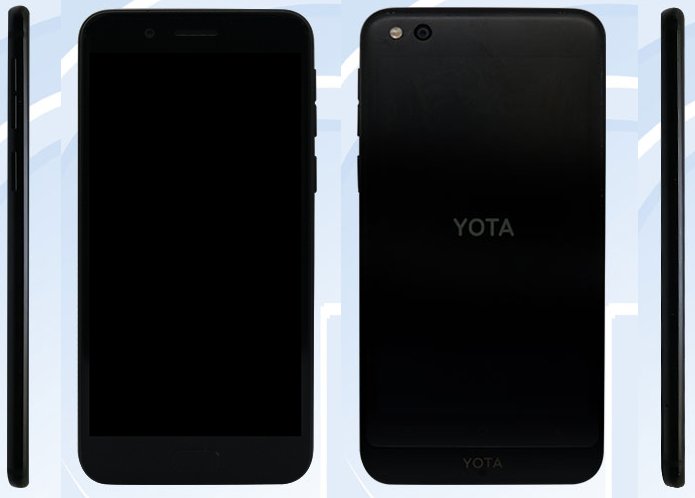 The design, for instance, is pretty much what we’d expected. The front of the phone looks like a pretty standard Android handset (or standard from the age where top and bottom bezels were common, anyway).

But the back of the phone also looks a bit like a front, thanks to an E Ink screen that covers the middle. The camera and LED flash placement definitely have a “this is the back of the phone” feel to them, but you can clearly use this phone with either side pointed toward you.

While TENAA often spills the beans on smartphone specs, I can’t find any details listed on the site. But rumor has it that the phone will have an octa-core Qualcomm processor, 4GB of RAm, and 128GB of storage.

It’s expected to ship with the latest version of Yota OS, which is a modified version of Android designed to power both the front and back displays (with special features for the E Ink screen that let you view news feeds, pictures, eBooks, or documents when the primary display is off).

The Yota 3 will likely have a mid-range price tag, which sets it apart from previous Yotaphone devices, which were positioned as high-end devices. It’s unclear if or when the Yota 3 will be available outside of China though.