Dell’s first VR headset designed for Windows 10 is coming in October. Acer and HP already offer developer-edition versions of theirs. And Microsoft says Lenovo will join the group soon.

While Microsoft plans to show off more Windows Mixed Reality features at the IFA trade show this week, the company is kicking off the week by promising that headsets from PC makers will be available by this holiday season, and that headset + motion controller bundles will sell for between $399 and $499. 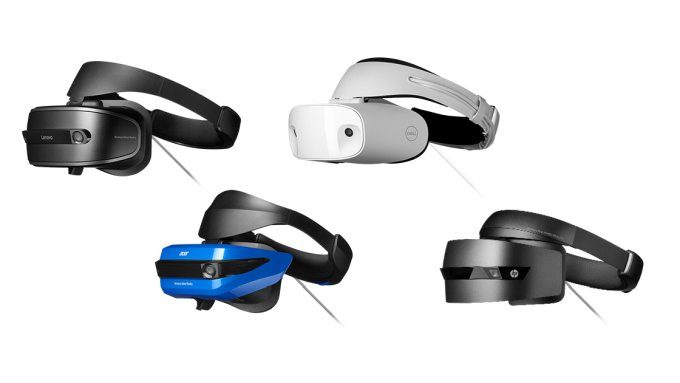 Still, those prices are pretty competitive when you compare these systems with the HTC Vive or Oculus Rift. Even after price cuts, the Vive sells for $599 and the Rift for $399. And that’s before you add the external hardware necessary for room-scale VR with position tracking.

The Dell, Acer, HP, and Lenovo headsets all have built-in sensors that enable 6 degrees of freedom motion and position tracking without any external cameras.

Oh, and Microsoft has also announced that there will be two categories of computers that can power Mixed Reality experiences:

So what will you actually be able to do with Windows Mixed Reality headsets? Microsoft has revealed that Steam VR content will work with the headsets, and we can expect apps and games from organizations including Hulu, Halo, NextVR, Sony Pictures, and LifeVR, just to name a few.

For the most part, Microsoft’s “Mixed Reality” platform seems to be turning into “virtual reality,” since these headsets are designed to offer a fully immersive experience rather than one that superimposes virtual items on real-world scenes. But with prices starting at $399 (or less if you don’t need the motion controllers), these headsets are a heck of a lot cheaper than Microsoft’s first true mixed reality headset: the $3,000 HoloLens.