Microsoft is adding native Eye Control features to Windows 10, starting with Windows 10 Insider Preview Build 16257 which is rolling out to beta testers today.

The feature lets you control basic PC functions simply by moving your eyes. But you’ll need compatible hardware to use Eye Control, and right now that means you need a Tobii Eye Tracker 4C.

Additional hardware should be supported in the future. 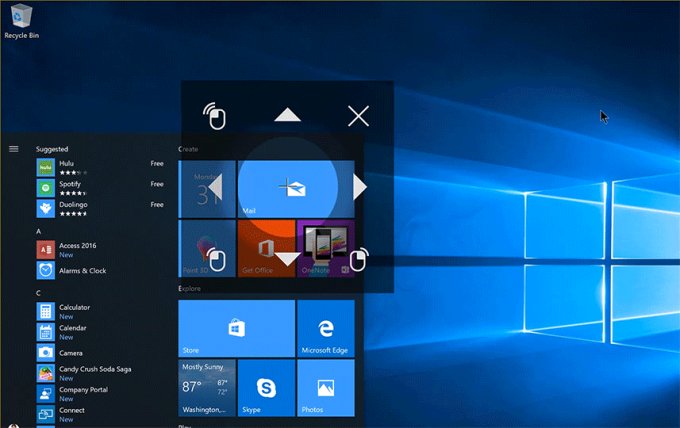 At this point Eye Control is designed primarily as an accessibility feature, giving people with disabilities a new way to interact with a computer.

Once enabled, Eye Control puts a “launchpad” on the screen that lets you perform mouse and keyboard features with your gaze. You can also activate text-to-speech or move the user interface from the launchpad.

When using the Eye Control mouse, moving your eyes will move the on-screen cursor, and then continuing to look at an item will bring up a context menu allowing you to shift your gaze slightly to trigger a right-click, left-click, double-click, or cancel action.

The Eye Control keyboard feature lets you select letters one at a time using just your gaze. Word suggestions will also appear as you type, allowing you to enter text more quickly thanks to predictive text. Shape writing is also supported, allowing you to trace a path from one letter to the next to form words more quickly.

The text-to-speech option allows users to enter words using the keyboard and then have them spoken aloud by the computer, allowing users to “speak” using just their eyes.

Again, these features are aimed at people with disabilities, but eye tracking technology can also be used for gaming and other applications. That doesn’t seem to be a primary focus for Microsoft at the moment, which makes sense since third-party applications have that covered. But building eye-tracking support into Windows at the operating system level could make an eye-tracker a much more useful device for some users.

Other changes in the latest Windows 10 Insider Preview build include some user interface tweaks for the Edge web browser, updated default colors for the Windows Console, and a number of bug fixes.