NVIDIA has released a handful of Android-powered gaming devices over the past few years. The company’s Shield brand of devices includes Shield tablets, the Shield TV box, and a device that’s now called the Shield Portable, but which was just called the NVIDIA Shield when it was launched, since it was the first device to wear that name.

The original NVIDIA Shield was a handheld game console that looked a bit like a cross between an Xbox controller and a Nintendo DS, thanks to its flip-up screen.

While there had been some signs over the past few years that NVIDIA was working on a follow-up, the company never actually publicly launched a second-gen handheld. But that didn’t stop one person from purchasing one from a pawn shop recently. 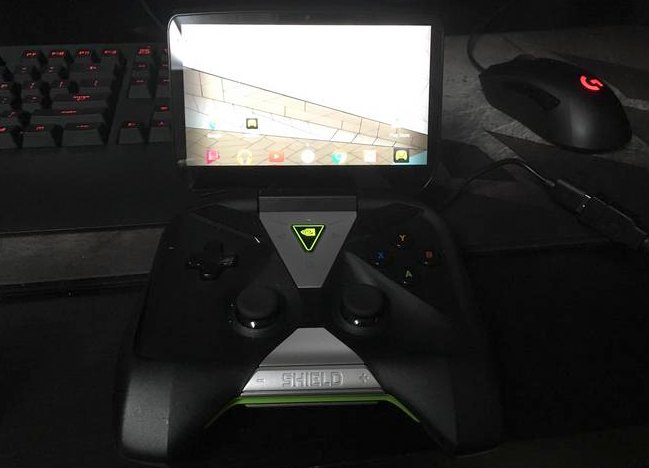 Redditor FwrigginRwootbeer says the handheld was found in a pawn shop in Canada. Since NVIDIA never actually sold these tablets, it was most likely a prototype designed for developers.

FwrigginRwootbeer traded in a first-gen Shield Portable to help pay for this model, not realizing it was unreleased (and potentially buggy). But while there are only minor changes to the physical design of the gaming handheld, it does seem to have a more more powerful specs than the first-gen model, including:

Since there’s pretty much zero chance of the 2nd-gen model ever hitting the streets, this pawn shop find is more of a look at what might-have-been than a peek at NVIDIA’s future plans. At this point NVIDIA’s Tegra division seems to be focusing on automotive systems rather than portable game consoles. But I suppose it’s always possible that we could see new handhelds from the company in the future. They probably just won’t have the same years-old tech found in this prototype.