Samsung’s next Galaxy Note smartphone will feature a 6.3 inch display with the same 18.5:9 aspect ratio as the Galaxy S8, but with slightly less rounded edges. That’s according to a report from VentureBeat’s Evan Blass, who is following up this week’s leaked images of the phone by published leaked “specs,” at least according to “a person briefed on the device’s final configuration.” 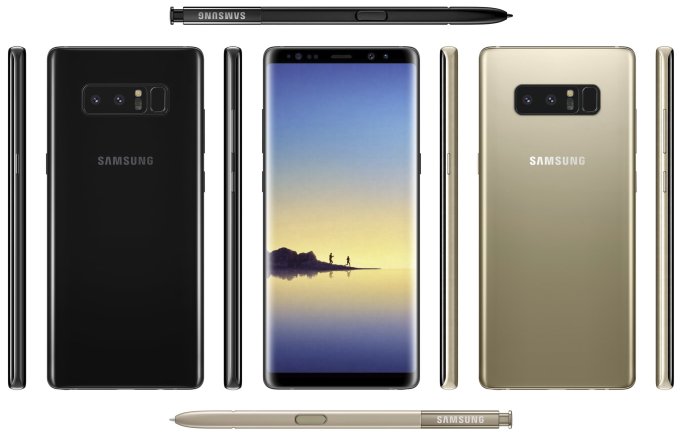 Like the Galaxy S8 and S8+, the Note 8 is expected to ship with a Qualcomm Snapdragon 835 processor in the US and an Exynos 8895 processor internationally.

But there are a few things that set the Note 8 apart. It ships standard with 6GB of RAM and 64GB of storage and comes with Samsung’s S-Pen digital pen.

Other features include a USB Type-C port, a 3,300 mAh battery with fast charging support, dual 12MP rear cameras (including one with a 2X telephoto lens), and an 8MP front-facing camera. The phone has an IP68 rating for water and dust resistance.

Blass has a pretty great track record with these sorts of leaks. But we won’t have too long to wait to find out how accurate his information is: Samsung is holding an event on August 23rd, when the company is expected to officially announce the phone.

The phone is expected to ship in Europe in September, with a hefty price tag of almost 1,000 Euros.

Update: Now that real-world images of the phone have been leaked, it sure looks like the renderings are accurate.