The Raspberry Pi 3 is already a pretty tiny computer, taking up about as much space as a deck of cards. But if you don’t need the full-sized Ethernet and USB ports, you can make it smaller.

He’s also provided the files you’d need to print your own case. 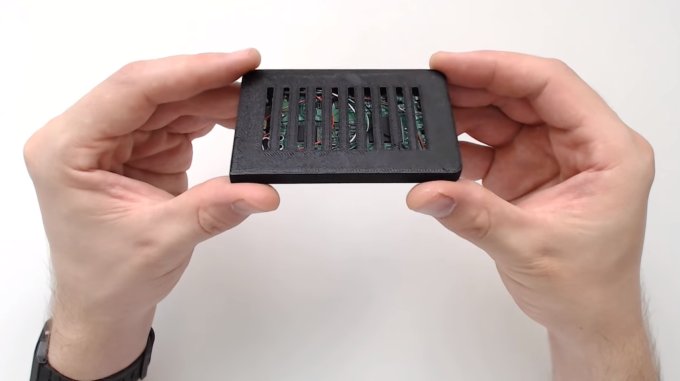 Despite the slim profile, the Raspberry Pi 3 is still a fully functional computer. And the case features a number of cut-outs to let air flow, which should help keep the computer from overheating.

NODE literally sawed off the end of the Raspberry Pi 3 board, removing the USB and Ethernet ports. In their place, he’s added three micro USB ports that are connected to the main board via soldered cables. The system still has built-in WiFi and Bluetooth, and there’s a microSD card slot accessible on the bottom of the device.

This project comes from the same hacker who developed the Zero Terminal handheld computer based on a Raspberry Pi Zero W earlier this year. And NODE has been busy: he also developed a new Zero Terminal design with a design inspired by the Nintendo 2DS and Pocket CHIP.