As expected, the Nokia 8 is the first high-end smartphone from HMD, the Finnish company that acquired the rights to use the Nokia name from Microsoft.

The Nokia 8 has 5.3 inch, 2560 x 1440 pixel display, a Qualcomm Snapdragon 835 processor, 4GB of RAM, and 64GB of storage as well as a microSD card slot. It features Zeiss optics for the front and rear cameras, and support for recording 360-degree audio.

But the Nokia 8 doesn’t come cheap: the phone is launching for 599 Euros in Europe. That’s a little over $700 US, although HMD hasn’t yet announced North American prices or release dates for the new phone. 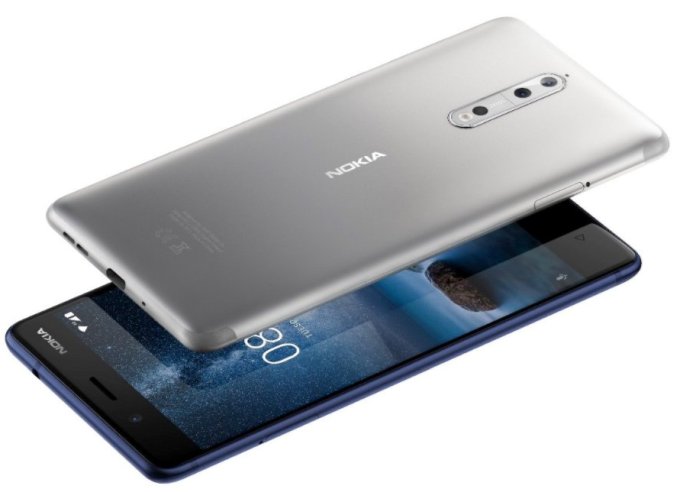 The Nokia 8 features a dual camera system on the back, with 13MP color and monochrome cameras designed to capture high-contrast images. There’s also a 13MP front-facing camera.

What’s a bit unusual is that the front camera is nearly as good as the one on the back of the phone. While the front-facing camera has just a single lens, it has the same camera module as the rear camera and supports auto-focus.

HMD included a “bothie” mode that also lets you capture and combine photos or videos using both the front and rear cameras at the same time. It’s a neat, if not entirely original idea… but let’s hope the name doesn’t catch on.

The Nokia 8 should be available starting in September, and it’s expected to ship with Android 7.1.

If you’re looking for something (a lot) cheaper, the Nokia 6 recently launched in the US for $230 (or $180 if you buy the Amazon Prime Exclusive model). That phone has a 5.5 inch full HD display, 3GB of RAM, 32GB of storage, and a Qualcomm Snapdragon 430 processor.