The company has filed a patent application for a “method and device for detecting fascia damage and repairing the same.” In plain English? It’s a self-healing screen that can repair cracks and scratches.

But it’s unclear if Motorola will ever actually ship a phone that uses the technology. 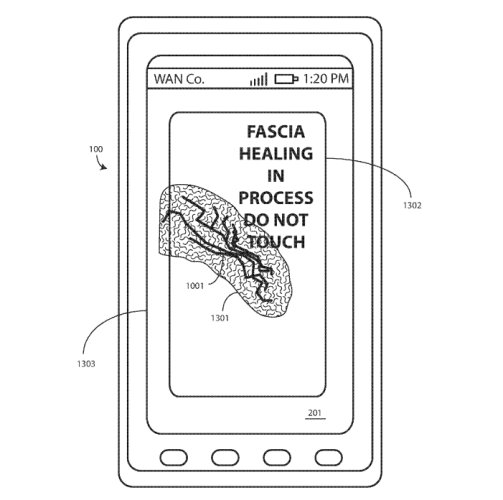 First, it’s worth noting that companies file patent applications all the time for things that don’t ever actually get released. Second, the system described would require using materials that you don’t typically find in a smartphone, which could have an impact on the look, feel, or size of a phone.

That said, here’s how the system would work if it were in a real device: The screen would be covered with a “shape memory polymer” that could be returned to its original shape with the selective application of heat.

Motorola says that “at least some of the deformation” could be reversed this way. So the company isn’t promising that your device will be as good as new after the screen is repaired. But it should make damage a bit less noticeable.

The patent covers a lot of different possible ways that the technology could be applied. For instance, the heating elements might only work when the phone is plugged in, allowing deformations to be fixed overnight when you might not be as worried about the battery running down.

One possible way the system could work would be that you’d trace your finger over the screen to identify which portions should be repaired, and the device will fire up heat elements below just those areas. Motorola says this should avoid deformities or damage that could occur if you had to use a hair dryer or some other “global” heat source.

If this technology ever does see the light of day, it could help solve a common problem with modern smartphones. If I had a nickel for every time I saw someone out in public using a phone with a cracked display I’d have… I don’t know, at least a few bucks. Actually, come to think of it, those people were still using their cracked-screen phones rather than replacing them. So maybe people don’t mind broken screens all that much and Motorola’s solving a problem people are perfectly willing to live with.

One reply on “Motorola patents self-healing screen tech for smartphones”