Motorola’s Moto Z2 Force is a phone that’s unusual in a few ways. As part of the Moto Z lineup, it’s one of a handful of smartphones that support Motorola’s MotoMods, which are basically accessories that snap onto the back of the phone rather than connecting via USB or Bluetooth. And as part of the company’s Force lineup, it’s the second phone from Motorola with a shatterproof display (which Motorola calls “ShatterShield” technology).

So is the Moto Z2 any good? Early reviews say it is… mostly. But it still might not be worth buying. 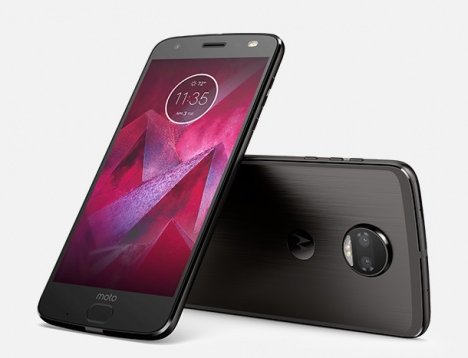 First, the good stuff: the phone is said to feature most of the things you’d expect from a 2017 flagship, including a Qualcomm Snapdragon 835 processor, a 5.5 inch, 2560 x 14450 pixel AMOLED display, 4GB of RAM and 64GB of storage (for the US model anyway). And unlike last year’s Moto Z Force, which was a Verizon exclusive in the United States, this year’s model is available from all major US wireless carriers.

Now for the less good stuff: the phone has a 2.730 mAh battery and doesn’t run for as long at a stretch as last year’s Moto Z Force. There’s no headphone jack. The phone is one of the more expensive flagships of 2017, with a list price of $720 and up. The modular accessories are mostly expensive and not exactly essential. And that shatterproof screen? It scratches. Really, really easily.

Earlier this week Android Police reported that the new display was more scratch-prone than the one on last year’s model, and number of other reviewers found the same. For what it’s worth, Motorola’s official statement on the issue is that “scratches can be subjective,” and that the company “encourages the use of a third-party screen protector for added scratch resistance.”

But Motorola also notes that future Moto Z2 Force phones will have improved screens that will allegedly be a little less scratch-prone. So… maybe don’t be one of the first people to rush out and buy the phone if you don’t want one of the units manufactured during the first production run?

You can find more details in some of these reviews of the Moto Z2 Force: