When Intel takes the wraps of its 8th-gen Core processors next week, the company will be launching its 4th generation of chips to manufactured using a 14nm process. But it looks like Intel is almost ready to make the move to 10nm.

A page on the Intel website reveals that the “successor to the 8th generation Intel Core processor family” is code-named “Ice Lake,” and it’ll use “10nm+ process technology.” 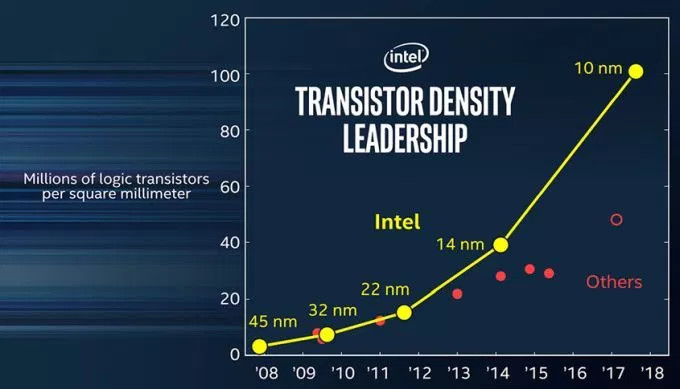 That’s about all we know for certain at this point, but a process shrink usually leads to improved efficiency which can mean better performance and/or longer battery life. Up until recently, Intel had a habit of following a “tick, tock” release calendar, with a tick representing a process shrink (from 28nm to 14nm, for instance), and a tock representing a new microarchitecture.

For the past few chip generations Intel has focused on enhancing its existing chips rather than doing a die shrink. That wasn’t entirely due to choice: the company had originally planned to move to a 10nm process by the end of 2016, but failed to hit that target.

One interesting thing to note is that Ice Lake chips are described as using 10nm+ technology, which suggests they won’t actually be the first 10nm chips from the company.

As AnandTech speculates, that’s because the first 10nm chips could be the upcoming Cannon Lake processors which are expected to launch sometime after Coffee lake… but which could still be branded as 8th-gen Core processors.