Microsoft’s HoloLens is basically a computer with a transparent display that lets you view digital graphics overlaid on real-world environments. The original HoloLens development kit shipped in 2016, and Micosoft has already started talking about the 2nd-gen model, which will have a next-gen Holographic Processing Unit.

It’ll also probably have a new processor, because as AnandTech notes, Intel is discontinuing the chip used in the original HoloLens.

That means it’s likely that the next version of Microsoft’s mixed reality computer will use a different processor, although it’s unclear at this point if Microsoft will stick with Intel or perhaps go with something different (like an ARM-based chip). 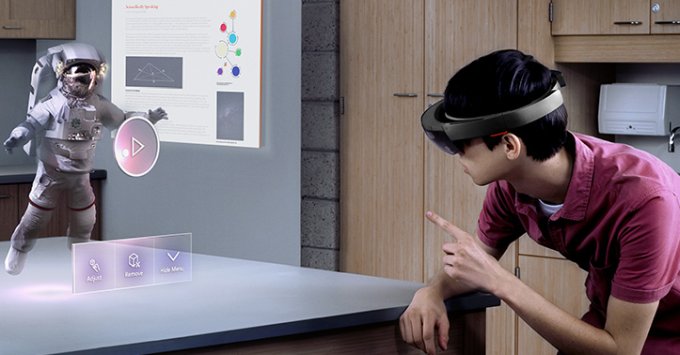 The original HoloLens features an Intel Atom x5-Z8100P processor, and it’s the only major product I’m aware of to use that chip.

Intel has announced (PDF link) it’ll take its final round of orders for the x5-Z8100P chip on September 30th, 2017 and plans to ship those orders by October 30th. So if Microsoft really is the primary customer for these chips and Intel is discontinuing them, there’s a good chance the two companies have coordinated things so that Microsoft won’t need the chips anymore after they become unavailable.

AnandTech speculates that the 2nd-gen HoloLens won’t ship until 2018 or maybe even 2019.

In other words, the company is probably switching to a different chip. That could mean the HoloLens 2 will be powered by an Intel Apollo Lake, Gemini Lake, or maybe Core M chip. But it could also mean Microsoft is switching to an ARM-based processor.

A version of Windows 10 that supports ARM-based processors is on the way, with the Qualcomm Snapdragon 835 chip expected to be the first to be supported. Since that’s a smartphone-class processor that can balance performance and power consumption, it could be a good choice for a wearable PC like the HoloLens.