As the moon blocks out the sun on Monday, August 21st, Google plans to shed some light on the next version of its smartphone operating system. As expected, the company has scheduled an event to coincide with the solar eclipse.

In fact, Google says its “Android O Reveal” livestream will start at 2:40 PM Eastern, at the moment when the eclipse reaches its peak in New York (even if the city is several hundred miles too far north to experience a total eclipse).

Incidentally, a total solar eclipse does sort of look like an O hanging in the sky, so I guess the timing makes sense. 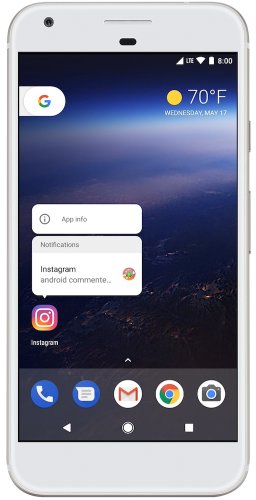 Google hasn’t yet revealed the codename for Android O, but oatmeal cookie and Oreo seem to be likely candidates. Of course, at this point these aren’t really codenames at all — they don’t show up in prerelease code. Instead they’re more like official nicknames for folks that’d prefer to refer to Android versions by names like Lollipop and Nougat rather than by using numbers like Android 6.0 or Android 7.1.

Whatever it’s called, the next version of Android is likely to rollout to the Pixel and Pixel XL smartphones first, and possibly the latest Nexus devices around the same time.

Among other things, it brings support for picture-in-picture video to Android phones, improvements for notifications and input, and a number of under-the-hood changes.

Meanwhile, if you’d rather go outside and experience the eclipse for yourself on Monday, you might want to consider making a pinhole camera if you don’t already have a set of safety glasses.