BlackBerry pretty much pulled out of the hardware business last year. The last three BlackBerry-branded smartphones to hit the streets? They’re all manufactured by Chinese device maker TCL due to a licensing agreement.

But the DTEK50, DTEK60, and KeyOne do have some BlackBerry DNA that goes beyond the brand name. They also have BlackBerry’s version of Android, which comes with the company’s communication and security apps and features.

Eventually you may not need to buy a BlackBerry-branded device to get those features though. BlackBerry is reportedly hoping to license its software to third-party phone makers. 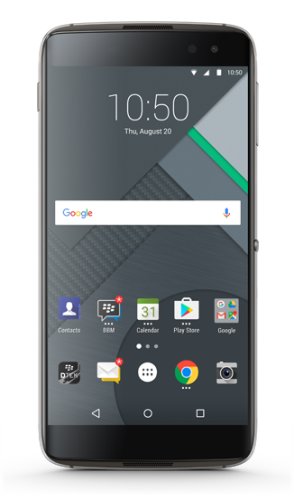 According to a report from the Economic Times of India, the company is calling its Android-based operating system “BlackBerry Secure.” Among other things, it likely includes BlackBerry’s DTEK security app that monitors other apps on your device so you can tell which apps are using your phone’s camera, accessing your contacts, location, or other data, sending text messages, or toggling the microphone on or off.

BlackBerry already has a brand licensing deal with TCL, which sells BlackBerry-branded phones in most of the world and with Optiemus in India and BB Mera Putih in Indonesia.

The new arrangements would be just for the operating system, which means we’d see BlackBerry Secure software on phones sold under different brand names. In fact, selling any of those phones with BlackBerry in the name might violate the deals BlackBerry already has in place.