Asus has unveiled its first VR headset designed for use with Microsoft’s Windows Mixed Reality platform. Since the Asus WIndows Mixed Reality Headset follows the same technical guidelines from Microsoft as similar devices from Acer, Dell, and HP, Asus turned to the physical design of the headset to make it stand out. 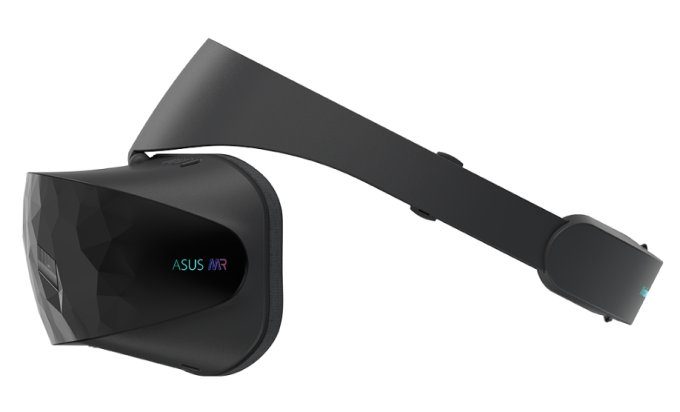 First up, the front of the headset features a polygonal design which gives it a more striking (and digital-inspired) look. Of course, that’s the part you’ll only see when you’re not wearing the headset.

Next, Asus says the portions that touch your face include anti-bacterial surfaces and quick-drying materials, making the headset into something you might actually want to share with other people after you’ve taken it off.

The headset weighs less than 400 grams (14 ounces), and it has a flippable design, that lets you tilt the display up 90 degrees so you can see the real world without actually taking off the headset. It’s not the only headset with a flippable design, but this feature isn’t exactly standard yet.

Asus says its Mixed Reality Headset will sell for 449 Euros, and that price includes a set of motion controllers (which look pretty much identical to the ones that come with other Windows Mixed Reality-compatible headsets).