It’s hard to remember, but there was a time when Apple’s iPad tablets were surprisingly affordable. Apple has a reputation for offering high-quality hardware at high-end prices, so a lot of people had been expecting the company’s first tablet to follow suit. And while the $499 starting price for the original iPad made it a bit more expensive than most Android tablets offered in 2010, we hadn’t yet reached the point where you could pick up a halfway decent Android tablet for $50 or less.

But that’s the world we do live in now. There are only a handful of companies still pushing high-end Android tablets, and Apple’s been lowering the starting price for its tablets for the past few years as well… perhaps in response to slowing sales. Apple’s iPad sales have been declining for the past three years… which raises the question of whether the market for Apple tablets is saturated, or at least whether the market for high-priced tablets is saturated.

Now we may have an answer: During the most recent quarter, Apple actually saw a 15 percent increase in iPad sales. So what’s new? 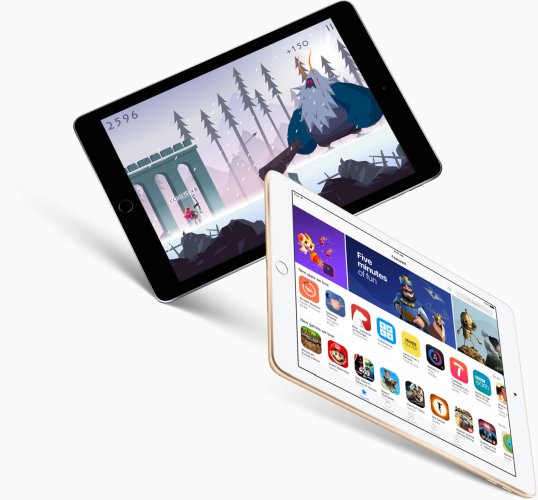 While Apple isn’t breaking down sales figures, it seems like that entry-level model is probably the one that’s mostly responsible for boosting sales: while sales are up 15 percent, Apple says revenue from iPad sales is only up by 2 percent. The most plausible explanation is that the company is selling a higher quantity of devices at lower prices. And since the iPad Pro tablets sell for $629 and up, it seems like the cheaper iPad is probably the real winner here.

In other words, it looks like Apple may be following the trail blazed by Android tablet makers years ago: offer cheaper tablets with good-enough specs and you’ll sell more devices.

Of course, Apple’s cheapest tablet is still pretty expensive when compared with the latest budget Android devices. The tablet landscape has changed a lot in the past 7 years, and while Apple’s products weren’t all that much more expensive than their Android counterparts when the first iPad launched, now they are.

So will the new $329 iPad starting price pave the way for continued growth? Or is this just a one-time bump that will convince folks with aging iPads to upgrade and/or folks without one to pick up their first? I guess we’ll find out in another quarter or two.

One thing that seems pretty clear is that the iPad family of products isn’t going anywhere anytime soon. Tablets still represent a mid-point between smartphones and laptops, and as long as there’s reasonably strong demand for something in that space, it’d be foolish for Apple to leave that market niche to Android and Windows tablet makers. While Apple makes most of its money from hardware sales rather than through apps and services, part of the appeal of Apple’s product lineup is that it represents an ecosystem: if you buy an Apple phone, Apple TV, and Apple computer, then it’s going to work better with an Apple tablet than with anything else. The last thing the company wants is for its customers to start buying products that are part of a competing ecosystem.

6 replies on “Apple: iPad sales are up (following price drops)”