But it turns out that under some very specific situations, trying to take advantage of all those CPU cores can cause problems.

Linux users have been noticing for the past few months that running heavy-duty compilation tasks in parallel workloads can cause segmentation faults, which could cause some jobs to crash. Now AMD has confirmed to Phoronix that the issue is real… and really specific to certain circumstances. 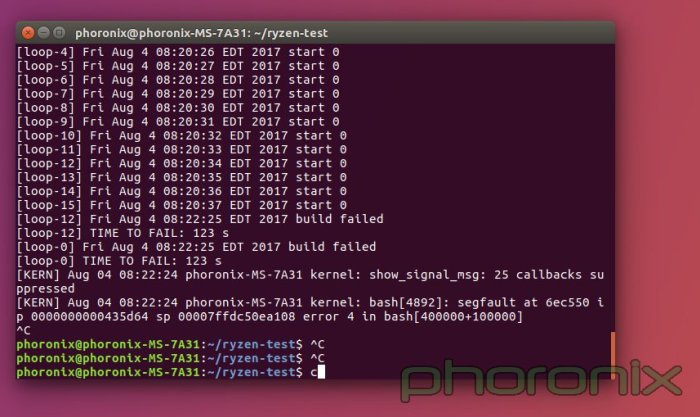 First up? Windows users aren’t affected at all. Second, AMD’s new Threadripper and Epyc chips allegedly don’t have the segfault problem. It’s just the existing Ryzen 3, Ryzen 5, and Ryzen 7 chips that are affected.

Third, and perhaps most importantly, you have to really put a Ryzen-powered PC through the paces to make applications crash due to a segmentation fault. Most common workloads should run smoothly. It’s just running resource-intensive parallel processes that use multiple cores that seems to cause problems, and then only when using Linux.

The issue seems to be with the processors themselves, so changing motherboards or other ancillary hardware shouldn’t have any effect. It’s unclear if updated drivers could eventually resolve the problem, but the fact that it’s not an issue on Windows leads me to think it’s possible a future Linux kernel patch might be able to take care of the issue.

For now, if you’ve got an AMD Ryzen chip and you’re experiencing segfault issues, you can contact AMD for support.