Microsoft’s next-gen Xbox game console hits the streets on November 7th. But now you can pre-order one for $499.

Microsoft has opened pre-orders for a limited edition Xbox One X Project Scorpio Edition game console, featuring a custom design based on the console’s code-name.

Soon you’ll be able to pre-order the standard Xbox One X instead if you’d rather not have one with Scorpio branding (of if you just don’t order in time to get one). 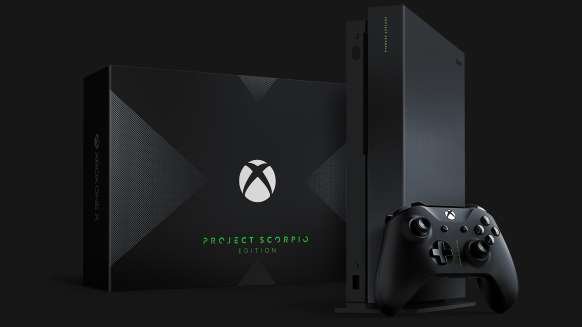 Both versions of the console feature a custom octa-core processor, a custom GPU with 12GB of DDR5 memory, a 1TB hard drive, a 4K UHD Blu-ray drive, and support for display resolutions up to 4096 x 2160 at 60 Hz.

In other words, the Xbox One X is a game console designed for 4K gaming.