Samsung’s Bixby voice assistant software may not be ready for prime time in the US just yet, but it ships with the South Korean versions of the company’s latest phones, including the Galaxy S8, Galaxy S8+ and Galaxy Note FE. And soon it may ship on a smart speaker with Amazon Echo/Google Home-like features.

The Wall Street Journal is the latest publication to report that Samsung is working on Bixby-powered speaker. 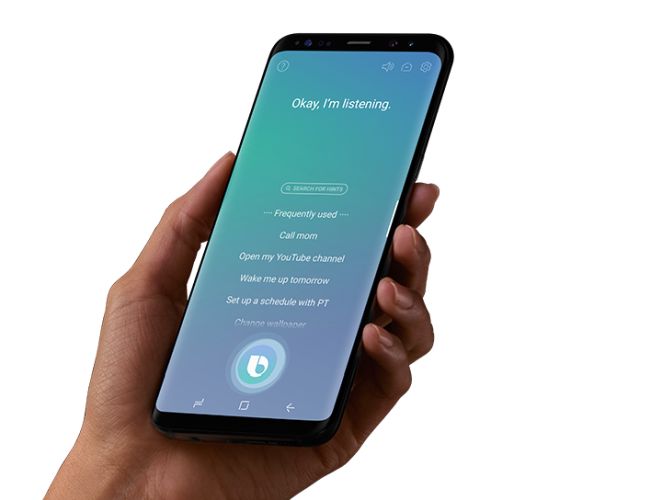 According to the WSJ’s sources, the product has been under development for over a year, is code-named “Vega,” and would compete with similar products from Amazon, Google, Apple, and Microsoft’s partners.

On the one hand, Samsung is a bit late to the market, which is currently dominated by Amazon. On the other hand, it’s a pretty new market and it’s not clear if the early players have a huge advantage or not: Amazon’s Alexa-powered speakers may feature tight integration with Amazons’s web services and the company’s Fire TV and Fire Tablet products. But if you’ve already got a Samsung phone, then a smart home speaker that uses the same voice assistant could be appealing.

Of course, that might be a better description of Google Home than of Bixby, which is currently positioned as a compliment to Google’s voice assistant software for phones, rather than a replacement. Google Assistant can answer questions, play games, and set reminders, among other things, while Bixby is designed to let you control your device without using your hands.

There’s no word on when Samsung’s “Vega” speaker is set to launch… and the WSJ cautions that it could be scrapped altogether, although that seems unlikely at this point. While it remains to be seen how much consumer demand there is for yet another smart speaker platform, it’d be surprising if one of the largest consumer electronics companies in the world didn’t at least try to compete in this new space.

One reply on “WSJ: Samsung working on a Bixby-powered smart speaker”