It’s taken a few years for Amazon’s Echo line of voice-controlled smart speakers to get any real competition. But these days there’s a growing number of alternatives, including Google Assistant and upcoming speakers from Apple, Harmon Kardon (and Microsoft), Essential, Samsung (maybe), and others.

Now Chinese eCommerce company Alibaba wants in on the action.

Oh, and it’s designed for use in China and probably won’t be very useful for English speakers anytime soon. 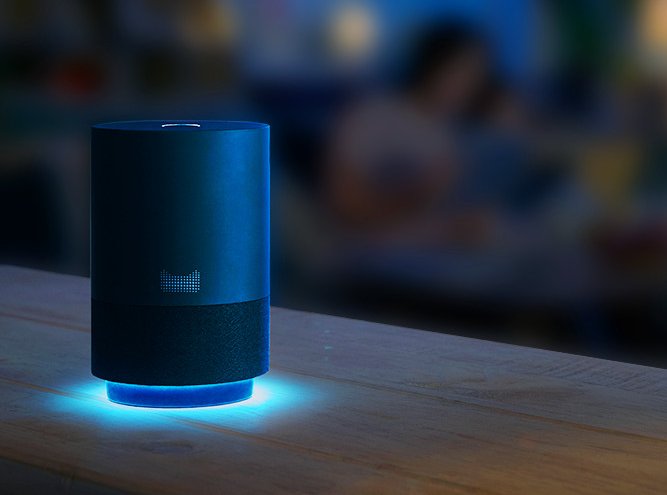 The Tmall Genie is available in a “limited beta” for customers willing to spend 499 yuan (about $73) to test this Echo-like device.

It’s an always-listening speaker that starts working when you say a keyword. And in addition to using it to shop, you can stream music, get news and weather updates, control smart home products, and interact with third-party apps called “magic skills.”

The speaker measures about 5″ x 3.3″ x 3.3″ and weighs 14 ounces. It supports WiFi and Bluetooth, uses the AliGenie voice assistant software, and has a mic array system for picking up your voice from across a room.

There’s a mute button on top for when you don’t want the device to listen, volume buttons, and LED lights that make the bottom glow when the Tmall Genie is in action.