It’s been about a month since the folks at Atari released a video teasing the launch of a new game console with old design and support for classic games.

Now we finally know what the Ataribox console looks like. It’s a brand new device with design elements inspired by 80s-era Atari devices. The company plans to release two versions: one with wood paneling and another with a black and red deign.

Both have front indicator lights that glow and a bunch of modern ports including an HDMI port, SD card slot, and four USB ports. 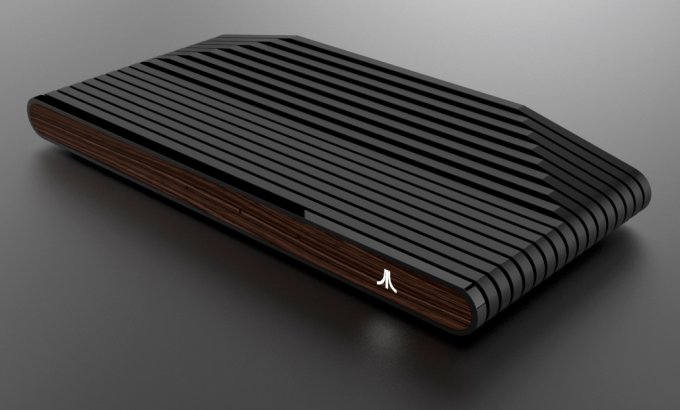 Some pictures also seem to show an Ethernet jack.

While the company isn’t saying exactly what kind of hardware is under the hood, it’s described as having “modern internal specs.” And that means that not only will you be able to play classic Atari games, but the company “will also be delivering current gaming content.”

It’s not entirely clear what kind of current content we’re talking about. Will the Ataribox be an Android-based device with access to games from the Play Store? Maybe it runs Windows or Steam OS and can actually play modern PC games? It sure looks like a cross between a PC and an Atari game console.

Atari says it will announce specs, a game list, pricing, and availability at a later date… and implies that some of those things haven’t been finalized yet, because the company is hoping to get feedback from the community after each announcement. So today we just know about the design and some of the ports on the box.

But it does seem like Atari is already planning to take a different approach to the retro gaming space than Nintendo. While the NES Classic Edition and SNES Classic Edition were both designed to ship with a collection of popular games, they only run older titles and don’t officially support the loading of additional content. They also have a limited number of I/O ports. I wouldn’t be surprised if the Ataribox ends up being more expensive than its Nintendo rivals.

3 replies on “Say hello to the Ataribox (retro gaming)”